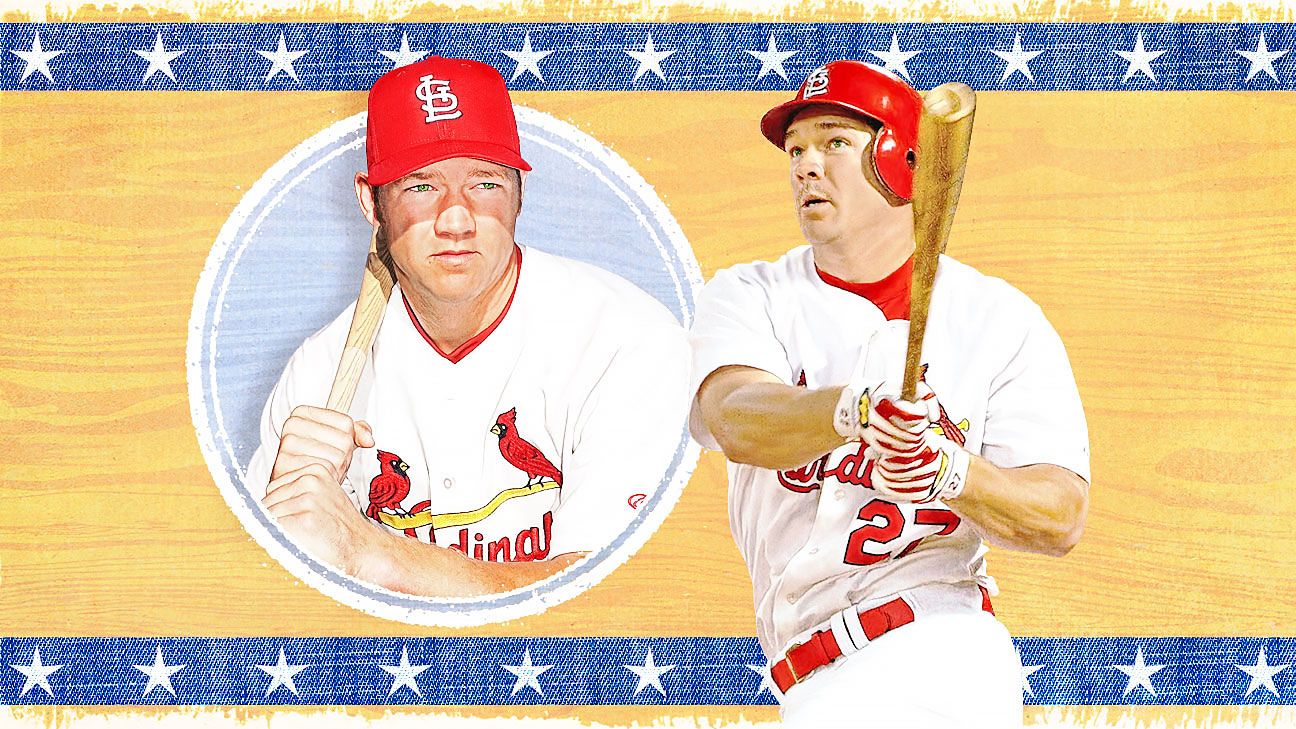 Scott Rolen has been elected to the Baseball Hall of Fame, preventing a shutout in the BBWAA balloting for the second time in three years.

None of the other 27 players listed on the 2023 Hall ballot cleared the 75 percent threshold for election, though there were a couple of near-misses. The results of the balloting were revealed Tuesday during a broadcast on MLB.com.

Longtime third baseman Rolen was named in 76.3% of ballots cast in his sixth year of eligibility to earn enshrinement. Just missing was former Rockies first baseman Todd Helton, who received support on 72.2% of ballots in his fifth try at election.

Players can appear on the ballot for 10 seasons after a five-year waiting period after they retire, provided they are named on at least 5% of the ballot during a voting cycle.

Rolen was a seven-time All-Star during his 17-year career, playing for the Phillies, Cardinals, Blue Jays and Reds. His eight Gold Gloves are fourth-most for a third baseman. The 1997 NL Rookie of the Year was a member of the Cardinals when the club won the 2006 World Series.

Rolen, who ranks fifth in WAR among career third basemen according to baseball-reference.com, was named on just 10.2 percent of ballots during his first year of eligibility in 2018 but rapidly gained support with each passing voting cycle.

The same upward trajectory has held true for Helton, who started at 16.5% in 2019. A .316 career hitter over 17 seasons, all spent with the Colorado Rockies, Helton was a four-time Silver Slugger winner and three-time Gold Glover for his work at first base.

Wagner, one of the most dominant relievers of his era, has gained support steadily during his years on the ballot. He earned support on 51% of ballots last year. Next year will be his ninth season of eligibility.

Rolen’s narrow election meant that the BBWAA has still declined to elect any new members just nine times in the history of the balloting. The writers also did not elect anyone in 2021. Last year, only Red Sox great David Ortiz was selected by the writers.

Ironically the paucity of electees comes just a few years after a particular fecund period of voting by the writers. During the three-year period ending in 2019, the BBWAA elected 11 new Hall members and during the five-year period from 2015 to 2019, 17 new Hall of Famers were tabbed by the writers.

Unlike 2021, when no new Hall of Famers were elected by either the writers or an era committee – the first time since 1960 that had happened – there will be at least two new inductees giving a speech in Cooperstown during induction ceremonies on July 23. Soft-spoken Fred McGriff will enter the Hall alongside Rolen after being selected by an era committee at the winter meetings in December in San Diego.

Progress was slow for a few more controversial candidates whose performance meets traditional Hall of Fame standards but have seen their cases undermined by associations with PEDs.

Similarly, Manny Ramirez, who hit 555 homers while rolling up a .312 career batting average but was twice suspended for PED violations, made little progress during his seventh time on the ballot. After landing at 28.9% last year, Ramirez nudged ahead to 33.2% this time around.

Conversely, fearsome slugger Sheffield picked up a little momentum in his ninth year of eligibility. He as at 40.6% last year. Sheffield, who hit 509 career homers but was named in 2007’s Mitchell Report, was never disciplined for PED use. Next season will be his 10th and final opportunity to gain election via the writers’ ballot.

Among the 14 first-timers on the ballot, only two received the necessary 5% support to be carried over for consideration next time around.

One of those first-timers was Carlos Beltran, who landed on 46.5% of ballots. Beltran’s Hall case is solid on the merits of a career that saw 435 homers, 312 steals, 2,725 hits and one of baseball’s most sparkling postseason records.

Beltran was a central figure in the controversial sign-stealing scandal that tainted the 2017 World Series title of the Houston Astros, for whom Beltran played. His association with the controversy later led him to resign as manager of the New York Mets before his first season in that role.

While it’s uncertain what role the scandal played in Beltran missing on his first ballot, his level of support bodes well for the future and, perhaps, for the candidacies down the line for other standouts on that Astros squad.

The other first-timer who will stay on the ballot is reliever Francisco Rodriguez, whose 437 saves were enough to him onto 10.8% of ballots.

While the voters have been stingy in recent years, next year could see a more active induction week with a number of interesting candidates becoming eligible next winter. The list of newcomers is headed by third baseman Adrian Beltre, catcher Joe Mauer and second baseman Chase Utley.