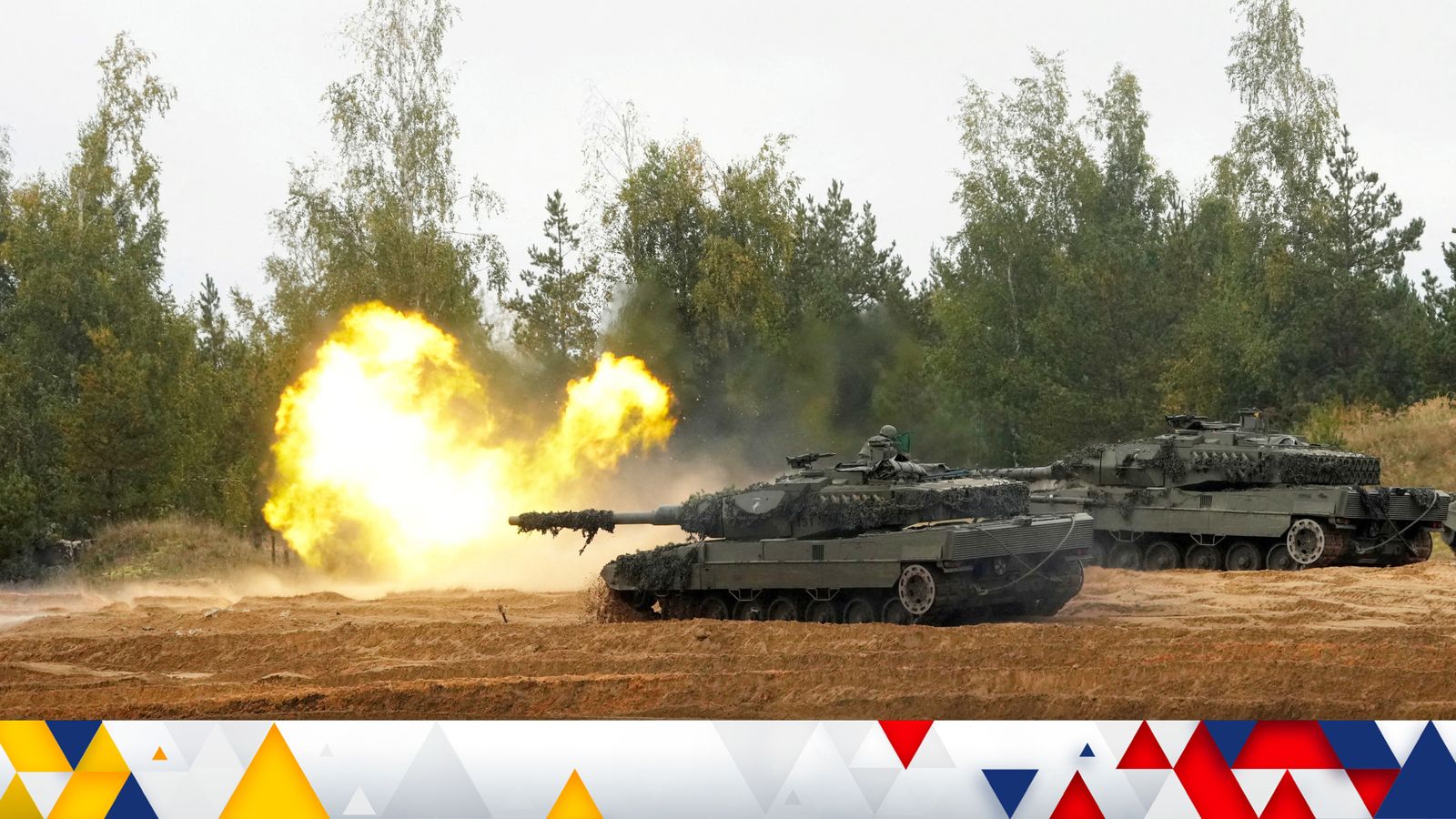 Western nations have failed to agree on a deal to send much-wanted Leopard 2 tanks to Ukraine, despite holding a summit in Germany.

The US and its allies had hoped to convince Berlin to allow the powerful battle tanks to be used by Kyiv to aid in Ukraine’s fightback against Russia.

The UK has already agreed to send 14 Challenger 2 main battle tanks, in the hope of pushing Germany into reciprocating, while Poland has said it is ready to send a number of its Leopard 2s if Berlin, which holds the export licence, agrees.

On Friday, representatives from more than 50 allied nations met at a US air base in Germany for a meeting Ukrainian defence chiefs hoped would finally end the lengthy back-and-forths.

Kyiv says the tanks will bolster the ability of its armed forces to launch offensive operations against entrenched Russian positions.

But the summit at Ramstein air base ended without an agreement on tanks, despite pleas from Kyiv officials.

As the talks concluded, Ukraine’s President Volodymyr Zelenskyy acknowledged Kyiv would have to keep fighting to ensure it has enough heavy armour.

But he said the Ramstein meeting, which instead ended with billions of dollars in commitments, would strengthen Ukraine’s resilience.

“Yes, we will still have to fight for the delivery of modern tanks, but every day we make it more obvious that there is no alternative to taking a decision about tanks,” he said.

US defence secretary Lloyd Austin, who attended the summit alongside his counterparts from Ukraine and Germany, said Ukraine was well-equipped even without the Leopard 2s.

Read more:
How faster, deadlier tanks could turn the tide in the Ukraine war
Why Ukraine says it needs as many tanks as possible

It announced a package of $2.5bn (£2bn) in military aid ahead of Friday’s talks, including Stryker armoured personnel carriers and more Bradley fighting vehicles.

Sources in Germany have suggested Berlin may change its reluctance to allow Leopard tanks to be sent to Ukraine, if the US sends its Abrams tanks too.

Defence chief Boris Pistorius – who only took up the job this week after his predecessor was forced to resign – defended his country’s position and insisted Germany did “not fear anything” by allowing the use of Leopard 2s.

“We just have a responsibility for our population in Germany and in Europe and we have to balance all the pros and contras before we decide things like that,” Mr Pistorius said.

Why does Ukraine want Leopard 2 tanks?

The Ukrainians have a lot of tanks, but they’re also T tanks, mainly the T-64 and T-72, which are old and vulnerable to Russian attack. To repel a springtime Russian offensive they need modern battle tanks which are far better protected, faster and more deadly.

The best tank for Ukraine would be the German-made Leopard 2. Tanks are rated on their ability to strike other targets and their resilience from attack.

The Leopard 2 moves fast, has state-of-the-art targeting and is well protected by armour. It is also, crucially, operated by 14 European countries, so spare parts are widely available.

Britain is sending Challengers – a highly capable tank – but the UK can only spare around a dozen of them. Ukraine wants 300 tanks. Experts say if it gets 100 that will be enough to make a difference. Read more here.

Ukraine’s Defence Minister Oleskii Reznikov said on Twitter that he had “a frank discussion” with Mr Pistorius on Friday about the supply of Leopard tanks, adding that the talks would continue.

Top US military officer General Mark Milley, meanwhile, attempted to put on a show of unity.

“I think that over my 43 years in uniform, this is the most unified I’ve ever seen NATO,” declared General Milley.