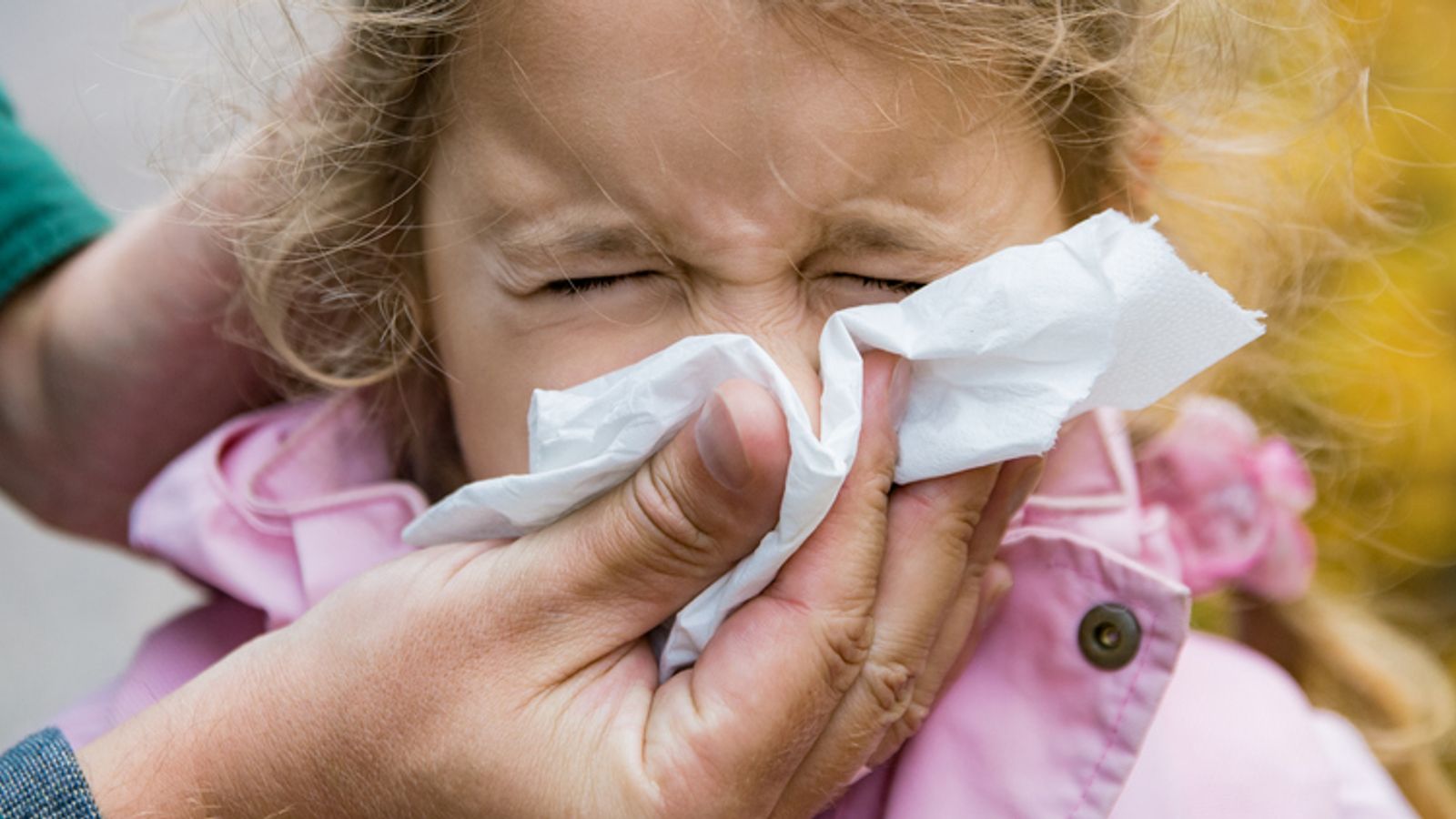 There were an average of 344 patients a day with flu in hospital last week, compared with the 31 seen at the beginning of December last year, according to data released by NHS England.

It comes amid pressures on staffing too, with new figures showing nearly 360,000 NHS staff were absent from work last week through illness or self-isolating due to COVID.

It follows a warning from NHS leaders that it is facing the threat of a “tripledemic” of COVID, flu and record demand on urgent and emergency services.

People should still call 999 and go to A&E when someone is seriously ill or injured and their life is at risk, it added.

Flu season is here – and hitting the youngest and elderly hardest

Flu season is here and the warning about crippling winter pressure on the NHS is starting to come true.

We monitor what happens with flu in the southern hemisphere to try and predict what impact the virus will have on us when winter comes. It hit Australia hard and early and that could be repeated here in the next few months.

Already hundreds of NHS beds in England were taken up by patients with flu every day over the last week, according to the latest data. An average of 344 patients a day with flu were in hospital last week. That’s more than ten times the number seen at the beginning of December last year.

November is when RSV (respiratory syncytial virus) cases spike. It is a common winter virus but social distancing during the pandemic means it has not circulated widely over the past two years. That also means young children have not been exposed to these winter respiratory viruses before.

Paediatricians are really worried about a shortage of intensive care beds for very sick children.

A senior consultant told me: “There have been hardly any PICU (paediatric intensive care unit) beds in the south of the UK for the last few days and children are waiting sometimes more than 24 hours in the EDs?

“The situation for children is awful but no one seems to be mentioning it. Whereas for adults it is always made clear how awful it is. It is probably as bad if not worse for children.”

Professor Sir Stephen Powis, NHS national medical director, said the NHS is likely to experience its “most challenging winter ever” this year, adding the threat of a “tripledemic” is very real.

“It has never been more important to get protected against the viruses ahead of winter,” he said.

“The NHS has extensive plans in place to deal with winter boosting bed capacity – recruiting more call handlers, introducing 24/7 control centres to track and manage demand and new falls services across the country,” he added.

“Hospitals continue to contend with more patients coming in than going out, with thousands of patients every day in hospital that are medically fit for discharge, and so we continue to work with colleagues in social care to do everything possible to ensure people can leave hospital when they are ready.”