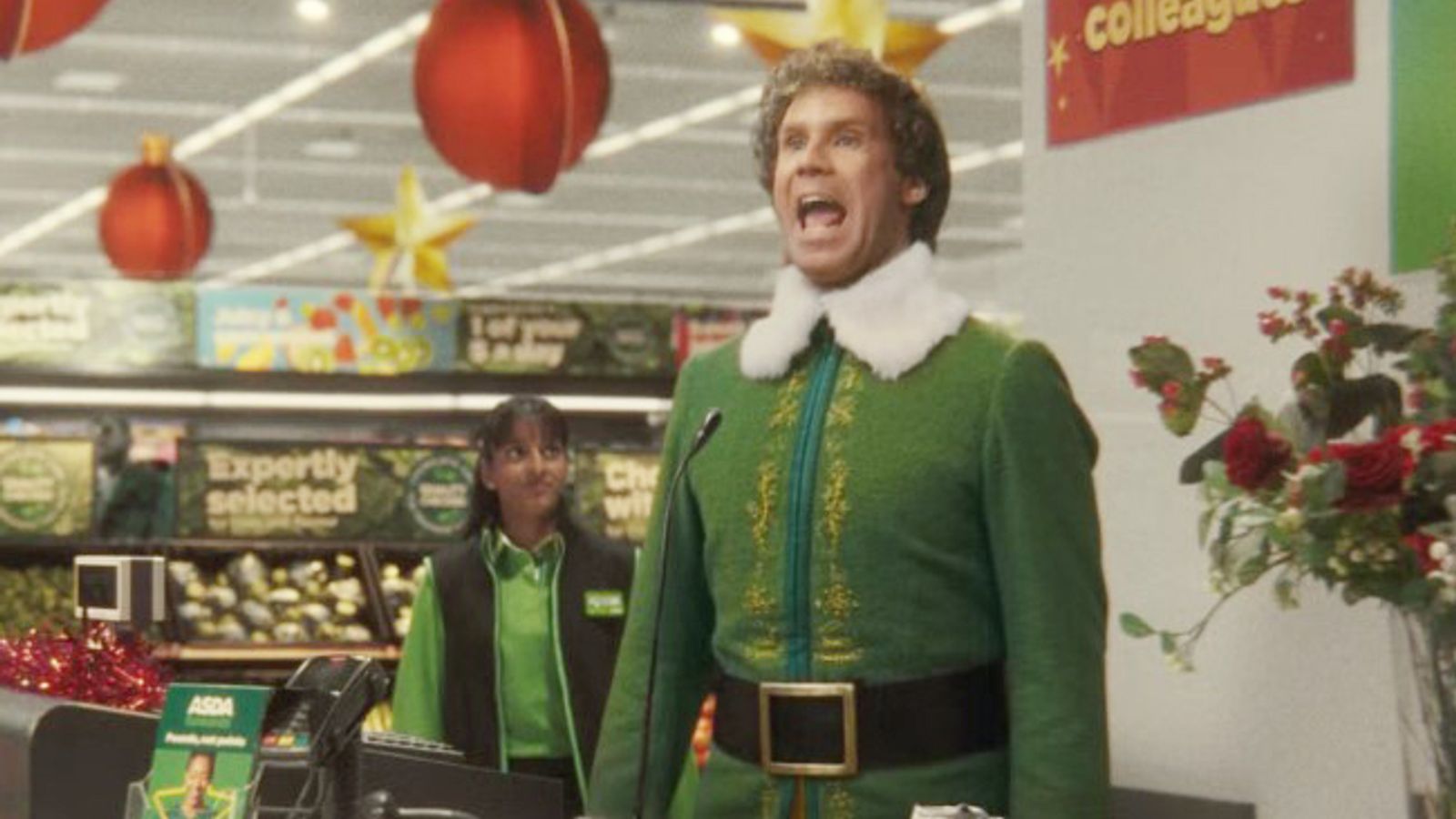 It’s that time of the year again, and as the Christmas adverts roll out, Asda have bagged themselves a big Hollywood star for their festive offering.

Using classic footage from the 2003 movie, Will Ferrell stars as Buddy the Elf, undertaking a trial day in the store in the run-up to Christmas.

With plenty of nods to the original film, the 90-second advert shows Buddy dodging trolley disasters, gobbling pigs in blankets and singing on the store tannoy system.

Despite decorating the supermarket in fairly lights, renaming the self-checkout “elf-checkout” and falling into a Christmas tree, Buddy gets the job.

The ad ends with the tag line, “Have your Elf a Merry Christmas”.

If you’re wondering, Farrell didn’t actually prance his way around the store in real life – instead a process called rotoscoping was used to take Buddy out of the original film and place him into newly filmed scenes in the supermarket.

The advert was shot by multi-award-winning director Danny Kleinman who has designed every title sequence for the James Bond movies since GoldenEye in 1995, except for Quantum of Solace.

Asda’s advert premieres on Friday 4 November at 8.45pm on ITV during Coronation Street and has already been released online.

Lidl will also be premiering their Xmas advert in the same break, featuring a deadpan teddy bear who becomes an unlikely global celebrity.

Refreshingly, the supermarket won’t be selling the Lidl Bear in their stores, instead using it as the inspiration for their Christmas charitable drive – Lidl Bear’s Toy Bank – which encourages customers to donate unwrapped toys and games which will be given to children across the UK through the Neighbourly community network.

Meanwhile, Sainsbury’s too will be squeezing into the same Coronation Street slot, with This Morning presenter Alison Hammond starring as a medieval countess who doesn’t like Christmas puddings.

And M&S reunites comedians Dawn French and Jennifer Saunders, playing Fairy and her new pal Duckie in their advert, which reimagines the fairy at the top of the Christmas tree.

The long-awaited John Lewis Christmas advert – which has become something of a national obsession in recent years – is expected to come out next week, although formal timings are yet to be released.