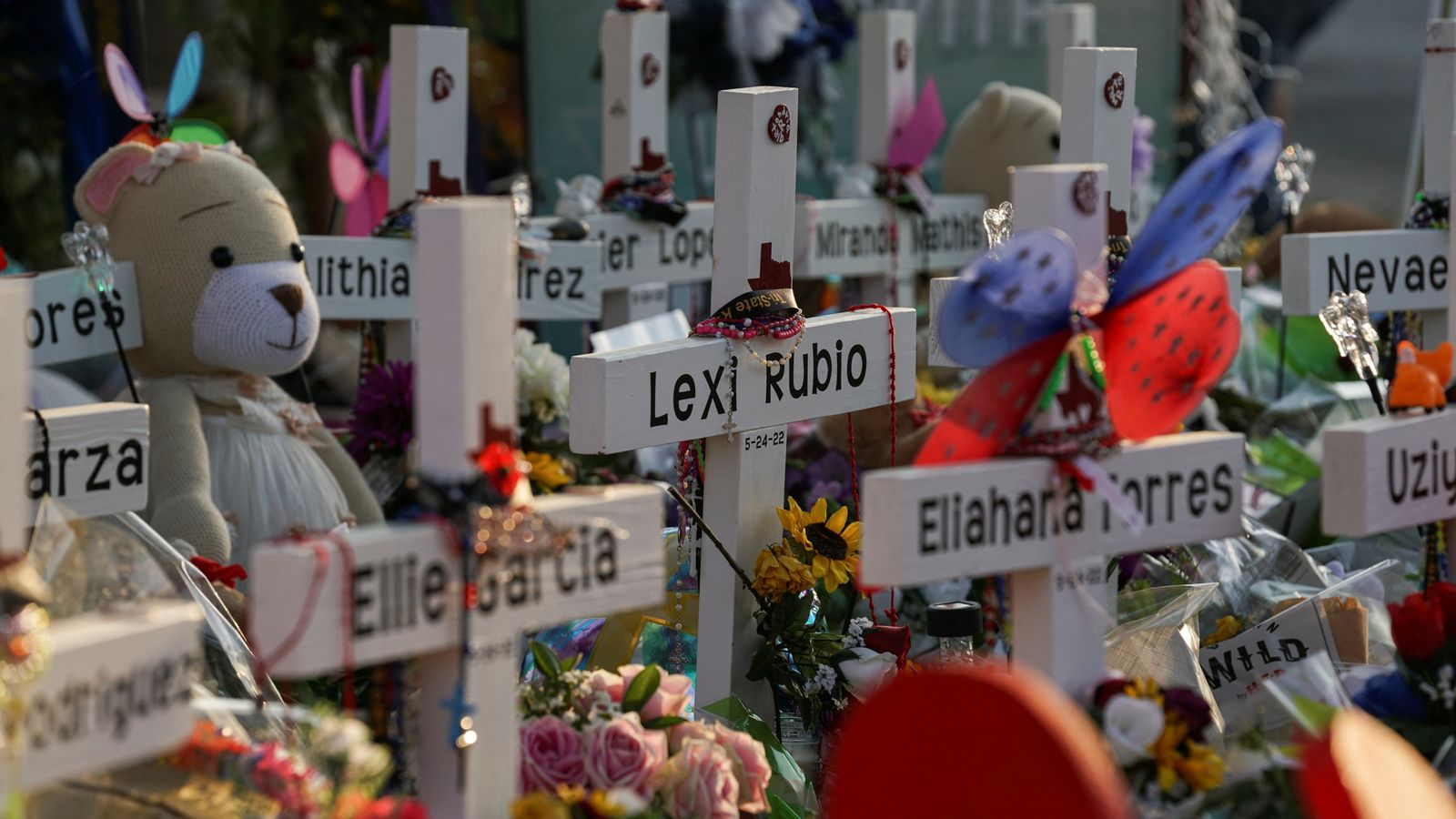 Disturbing reports have surfaced of a young girl’s call to police from inside the scene of the Uvalde school shooting – more than 40 minutes before officers arrived.

An exclusive CNN story says the 10-year old told the dispatcher: “I’m in classroom 112. Please hurry. There is a lot of dead bodies.”

Khloie Torres was trapped inside the Robb Elementary School in the Texas town on 24 May when high school dropout Salvador Ramos shot and killed 19 children and two teachers.

CNN says her call was made at 12.10pm that day. But it took 40 more minutes from Khloie giving details to authorities until a strike team burst into the room, challenging the gunman at 12:50pm.

She reportedly said during the call: “Please get help. I don’t wanna die. My teacher is dead. Oh, my God.”

Her call is revealed after numerous similar claims of slow and chaotic police response to one of the deadliest classroom attacks in US history.

Read more:
‘We could hear him murdering our child’: Parents call for ban on assault weapons
US schools stock up on AR-15 rifles after Uvalde shooting

Steven McCraw, director of the Texas Department of Public Safety, admitted the response was an “abject failure” with “terrible decisions” made by the on-site commander.

There were enough armed police to stop the Uvalde gunman in three minutes after he entered the school, he said.

Then, Uvalde’s Consolidated Independent School District suspended its entire police department over it.

Parents outside the school as the massacre took place had pleaded with law enforcement to take decisive action to rescue their children – some of whom also made desperate calls to 911.

There was also a delay in entering the classroom while officers looked for a key. However, the door was not locked and there’s no evidence officers even checked, said the Texas public safety chief.

An initial report into what happened revealed almost 400 law enforcement personnel were sent to the scene, but despite the huge response in terms of personnel, a “lackadaisical approach” and overarching sense of “chaos” among every agency who attended prevailed.

CNN heard Khloie’s 911 call, and others made by the same girl and classmates, whispering information and pleading for help.

Its report about it said: “It’s the call that should have ended any doubt or hesitation that the teenage gunman was active, roaming between the two connected classrooms, that children were trapped, injured and needed to be saved.”

Families of some of the 19 children killed on that day commemorated the Day of Dead on Tuesday with a rally, procession and decorated altar outside the Texas capitol building.

Basketball star Brittney Griner back in US after prisoner swap with Russian ‘Merchant of Death’
Hear expert’s theory on why oligarchs are reluctant to pressure Putin
Elon Musk might need new Tesla-backed margin loans to support Twitter
Jake Tapper: Trump focused on rewarding loyalists
Gaming’s Oscars night is upon us – here are our picks for the top awards