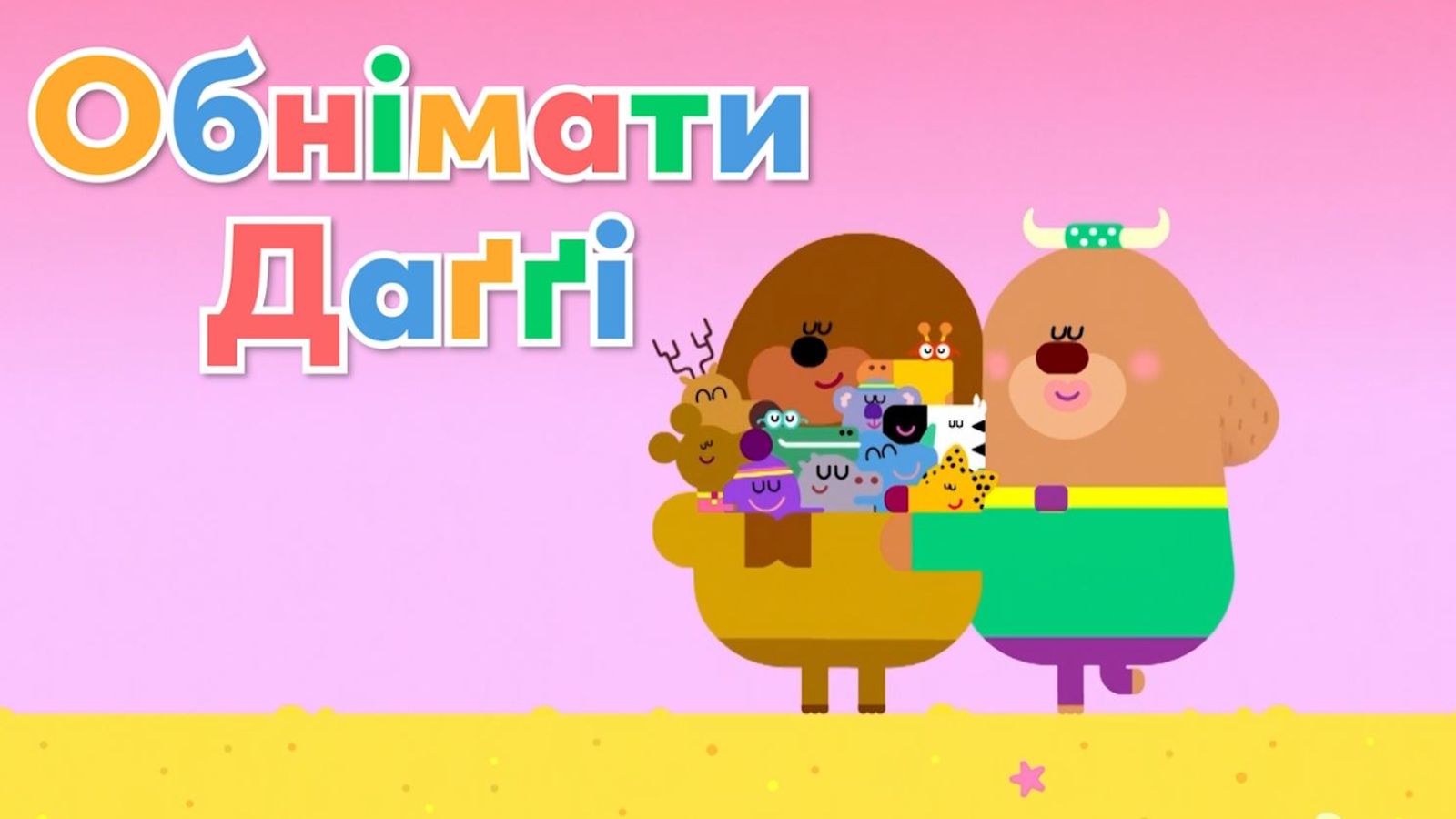 Children’s show Hey Duggee has launched a special episode featuring Ukrainian characters and subtitles to welcome the thousands of Ukrainian children taking refuge in the UK as a result of the Russian invasion.

As well as the much-loved character of Duggee (a large dog), the episode – titled The Welcome Badge – will star Ukrainian-known characters Mavka and Swampy the Kittyfrog, and some new guests at the squirrel club too.

To welcome their new friends, the regular characters in the show – Happy, Betty, Tag, Roly and Norrie – will sing The Welcome Song complete with translations of Ukrainian phrases and words.

The characters of Mavka and Swampy are from Ukrainian animation Mavka: The Forest Song made by Animagrad studio and based on ancient Slavic legends and a classic Ukrainian novel by author Lesya Ukrainka.

Hey Duggee narrator Alexander Armstrong voices the story and he is joined by children from the UK and recently arrived youngsters from Ukraine – who all sing the words of the song in their native language.

The award-winning BBC programme hopes the episode will reflect the real experiences of Ukrainian children coming to the UK and make them feel even more welcome.

It also hopes to encourage British children to learn words from the language and set an example of being warm and kind to others.

Mavka and Hey Duggee were introduced by independent creative company Mother, as part of its Friendly Faces project.

Felix Richter, a Partner at Mother London, said: “Collaborating together on this project to help thousands of children see the value of friendship, across language barriers, has been an absolute privilege.”

Harriet Newby-Hill, vice president of marketing for kids and family at BBC Studios added: “We feel very proud that Hey Duggee is playing its part to help children coming to the UK from Ukraine feel welcome in such a charming and educational way.”

Hey Duggee, which has recently had a fourth season commissioned, has nearly 200 episodes and more than 40 original songs available to young fans.

Each episode features members of the Squirrel Club exploring, learning and overcoming challenges to earn a new badge from Duggee – a big dog who looks after them.

Since launching in 2014, the show has become a six-time BAFTA and international Emmy award-winner and was the most-watched kids’ show on BBC iPlayer in 2021 and 2020.

It has over 2.4 million fans across its social channels and its official YouTube channel has over a billion lifetime views.

Recently Hey Duggee teamed up with Sir David Attenborough for The Green Planet Badge a special episode to share the wonder of plants and importance of protecting the environment with young children.

Hey Duggee embarks on its first-ever live theatre show from December through until late August 2023, touring 37 theatres across the UK and Ireland.

The new episode, along with all three existing seasons, is available across all Hey Duggee social channels, on CBeebies and BBC iPlayer.

Kherson residents evacuate while those who stay struggle to survive
Ukraine War: ‘Resilience of Ukraine is key going forward’
Christmas travel hit by new strikes as Border Force set for airport walkouts
Big advertisers including Amazon returning to Twitter, says report
Oil prices rose as much as 2% on hopes of China’s reopening and as OPEC+ maintains output cut targets