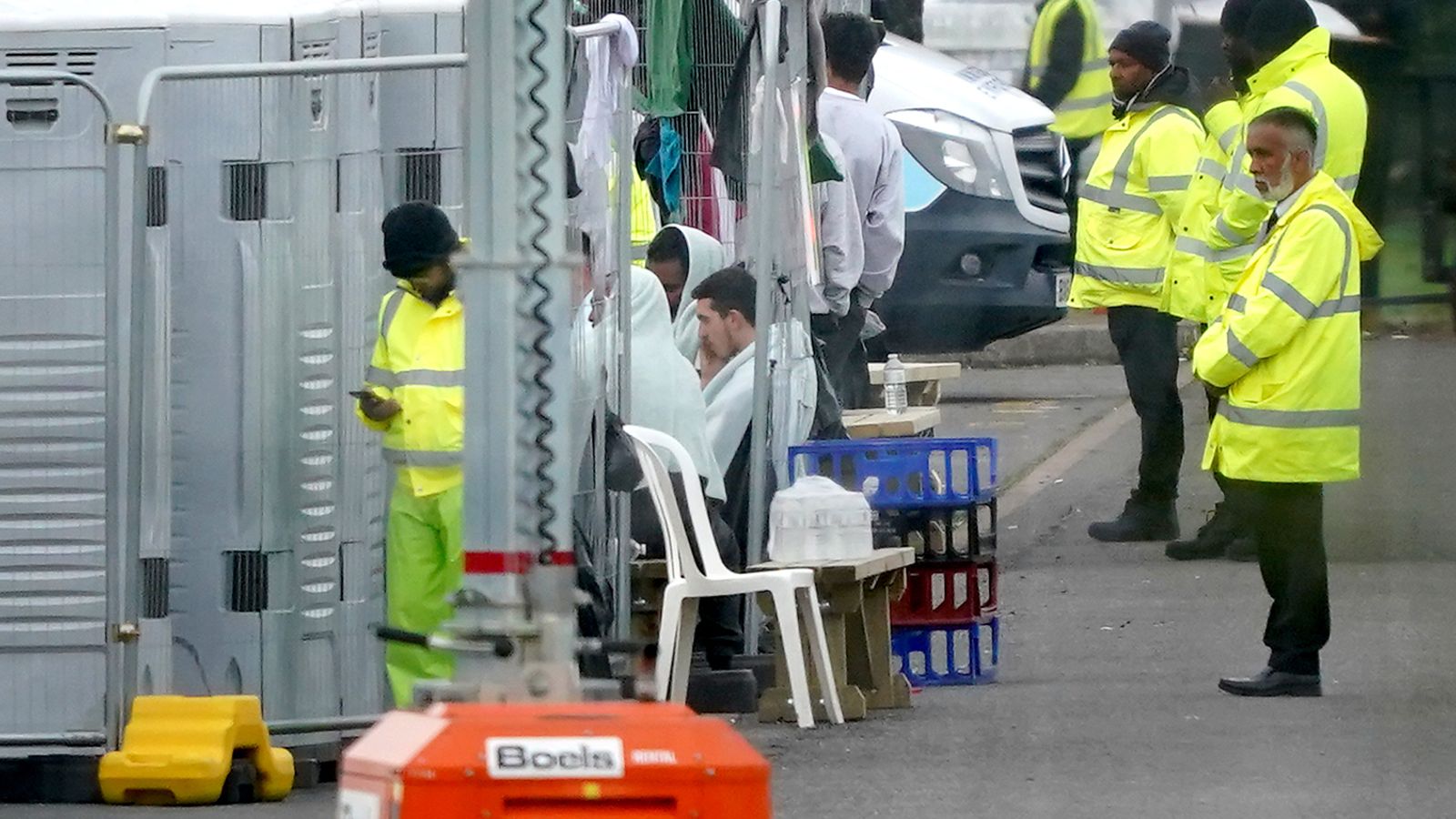 The home secretary said she knew “the importance of taking legal advice into account” and never tried to stop migrants from the Manston migrant processing centre from being sent to hotels.

“At every point, I’ve worked hard to find accommodation to relieve pressure at Manston,” she told MPs in the Commons.

She also said illegal migration “is out of control” and spoke of an “invasion on our southern coast”, with the sheer numbers arriving via the Channel making it impossible to provide accommodation for them.

Labour had accused the home secretary of being silent on the worsening Channel crisis and overcrowding at the Manston processing centre in Kent, where outbreaks of MRSA and diptheria have been reported.

The site is only designed to hold 1,000 people, who are meant to stay for just 48 hours, but there are currently around 4,000 migrants there – more than any UK prison population.

Hundreds more people were moved to the Manston facility yesterday, following a petrol bomb attack at the Border Force migrant centre in Dover. Mrs Braverman said the police are not treating it as a terrorist attack.

The home secretary is coming under increasing pressure after a report in The Times claimed she blocked the transfer of asylum seekers from Manston to new hotels and ignored legal advice that the government was illegally detaining people there.

Almost 1,000 migrants arrived in the UK on Saturday as they made the treacherous journey across the world’s busiest shipping lane in small boats to land in Dover.

But she insisted several times during questions from MPs in the Commons this was wrong and she has actually approved the use of dozens of new hotels to accommodate migrants since Liz Truss made her home secretary in September, before she resigned and was reappointed six days later by Rishi Sunak.

“On no occasion have I blocked the procurement of hotels or alternative accommodation to ease the pressure on Manston, that simply isn’t true,” Mrs Braverman said.

“Since September 6 over 30 new hotels have been agreed to, they will provide an additional 4,500 bed spaces, many to those in Manston.

“Since then 4,000 from Manston have moved onwards, most towards hotels.”

A Home Office source also said they are “clear she has not ignored any legal advice” over hotels, but two government sources have told Sky News they think the home secretary did ignore official advice and did not sign off on accommodation so people could be processed within expected time frames.

Mrs Braverman also said she was dismayed to have found out when she became home secretary that £150 was being spent, on average, per night for each migrant to be housed in hotels.

Some four-star hotels were being used for asylum seekers, she added and said: “For me, that is not an acceptable use of taxpayers’ money.”

Mrs Braverman attacked Labour for claiming the migrants arriving via the Channel are refugees and not economic migrants, she said: “Let’s be clear about what is really going on here – the British people deserve to know who is serious about stopping the invasion of our southern coast and who is not.

“Let’s stop pretending they are all refugees in distress, the whole country knows that is not true.”

She said she is “utterly serious about ending the scourge of illegal migration” and fixing “our hopelessly lax asylum system”.

And she added that she is not prepared to release “thousands of people into local communities without anywhere to stay”. 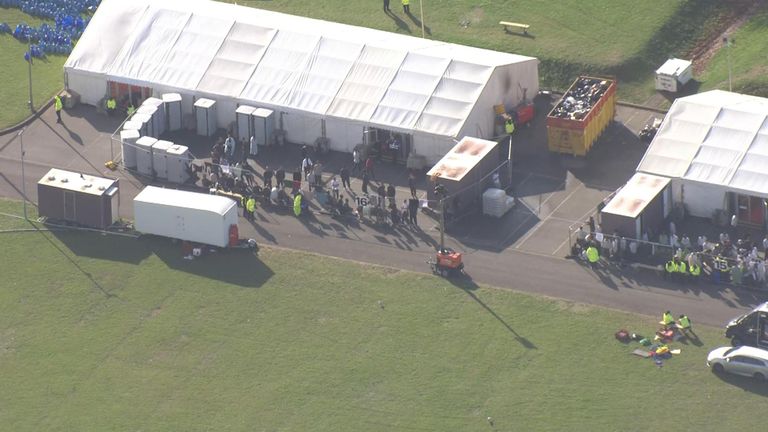 Video from inside migrant centre

Mrs Braverman is also facing calls to go over security breaches during her time as home secretary under Liz Truss.

New PM Mr Sunak has been under pressure over his decision to appoint Mrs Braverman as home secretary since he gave her the job last week, but has stood by her.

The home secretary resigned from the same role in Ms Truss’ government after sending sensitive policy documents from her personal email to former security minister Sir John Hayes and another MP’s aide, breaking the ministerial code.

But she was given her job back just six days later after Mr Sunak took over as prime minister.

She told MPs on Monday she has been “clear I made an error of judgement… I took responsibility for it and I resigned”.

The home secretary added it was “wrong, wrong, wrong” that she ever sent top secret documents from her personal email, or any about cyber security or about intelligence agencies that would compromise national security.

In a letter to the home affairs committee released on Monday, Mrs Braverman admitted she sent official documents from her government email to her personal account on six separate occasions during her first six-week stint as home secretary.

She said she apologised to Mr Sunak for the breach she resigned over when he reappointed her as home secretary.

Army may be deployed to ease possible strike disruption over Christmas
Tim Cook says Apple will use chips built in the U.S. at Arizona factory
Ukraine War: What impact will wet wintery weather have on war?
Era of cheap supermarket fuel has ‘gone’ as chains battle rising costs
Millions flock to mark death of TikTok ‘bones, no bones’ star – Noodle the dog