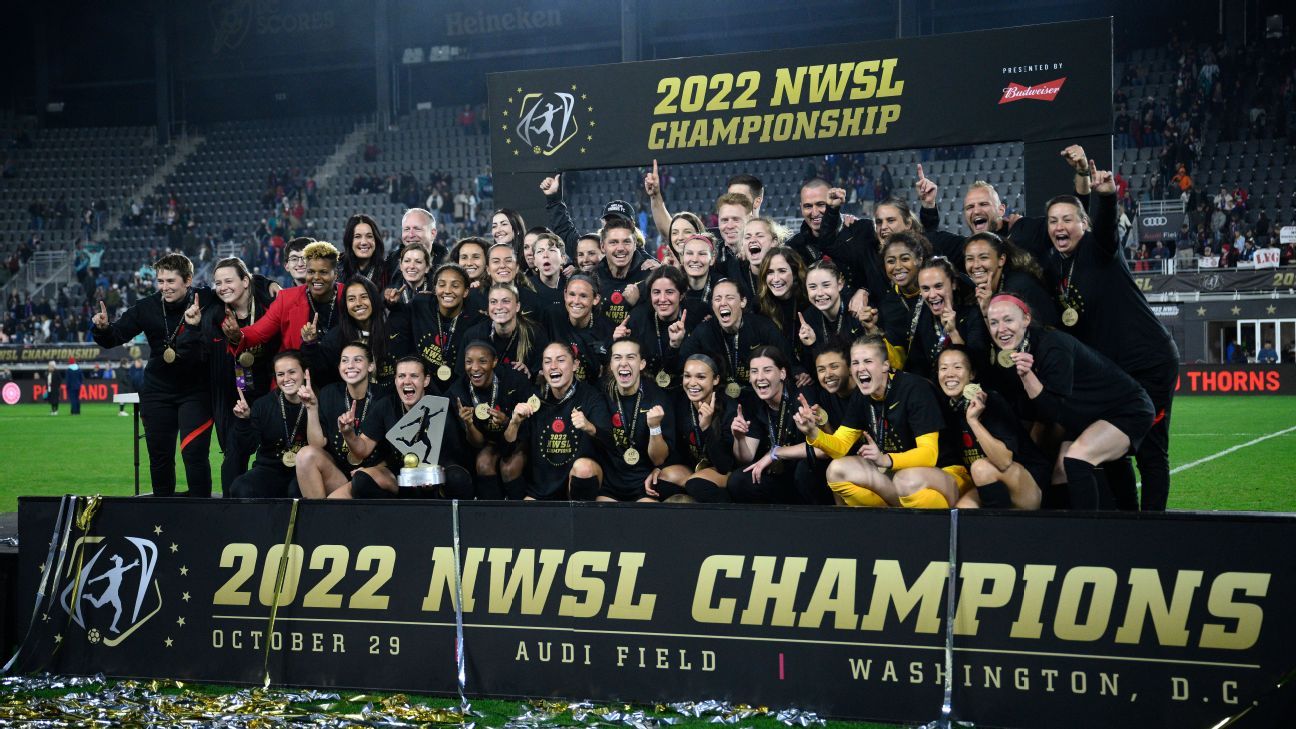 The Portland Thorns claimed the 2022 NWSL Championship with a 2-0 victory over the Kansas City Current on Saturday night.

NWSL MVP Sophia Smith put the Thorns up 1-0 in the fourth minute, pouncing on a defensive miscue to finish off a breakaway opportunity. The Thorns remained in control for much of the match and finally doubled their lead in the 56th minute, with Yazmeen Ryan‘s low cross deflecting off Current defender Addisyn Merrick into the net for an own goal.

Kansas City did what it could to get back into the match, but with Portland looking composed in defense, the Current never looked all that threatening, and the Thorns were deserved winners.

1. A trying season for the Thorns ends with a title

Portland’s players and coaches weren’t the only ones to have to deal with the trauma of the abuse scandal that rocked the entire league, but the Thorns still had plenty with which to cope. Not only were the allegations made against former manager Paul Riley featured prominently in the Yates Report, but Portland executives, including owner Merritt Paulson, came in for heavy criticism as well. The organization’s president of soccer, Gavin Wilkinson, and president of business, Mike Golub, were fired. The ensuing weeks saw Thorns fans demanding that Paulson sell both the Thorns and MLS side the Portland Timbers — even after he stepped down as CEO — and the Thorns owner chose not to attend Saturday’s final. 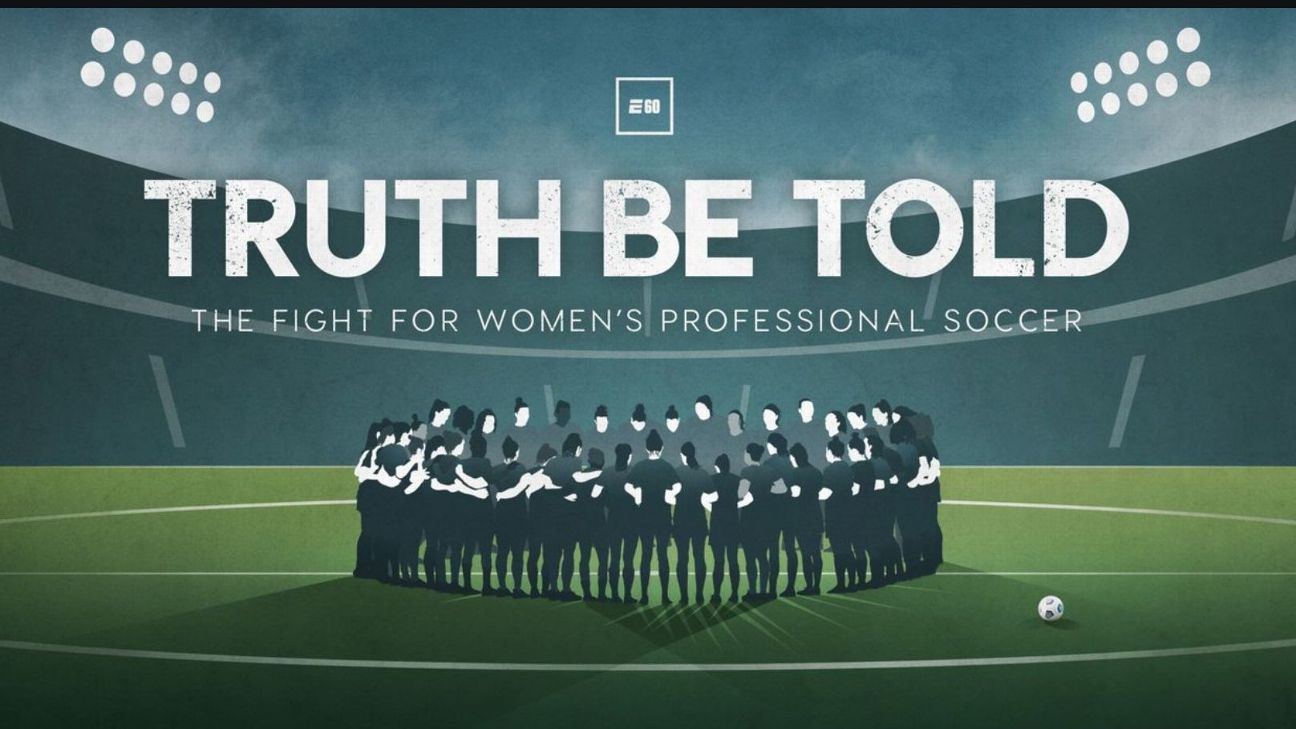 Truth Be Told: The Fight for Women’s Professional Soccer, stream on ESPN+.

Yet the Thorns players and staff showed incredible resolve through all of the upheaval, with first-year manager Rhian Wilkinson finding the right balance between giving players space or providing support when that was needed.

Of course, it helped that Portland has a talented team with exemplary balance between attack and defense. The veteran presence of Becky Sauerbrunn, Meghan Klingenberg and Christine Sinclair was vital, as was the outstanding play of Smith. Players like Rocky Rodriguez and Ryan emerged as well to give the Thorns more options in attack. It all added up to a stellar season that ended with the team’s third NWSL championship.

2. Smith for show, defense for dough

Smith’s outstanding NWSL season saw her become the league’s youngest MVP in history. She continued that form in the final, pouncing on a mistake by Kansas City defender Elizabeth Ball to run in alone to round goalkeeper AD Franch and put the ball in an empty net. She is now the youngest player to score in an NWSL Championship and the second NWSL player to win league MVP and score in an NWSL Championship in the same season, joining Lynn Williams, who accomplished the feat with the Western New York Flash in 2016.

Smith remained an absolute handful for the remainder of the first half and had several chances to score, including a 28th-minute effort that saw her beat three opponents and fire just inches wide of the far post.

Portland’s win was by no means a one-woman affair. Ryan in particular was a menace in attack and it was her cross that led to the own goal.

The Thorns had their defense to thank as well. While the Current did take nine shots, none of them were on goal. Portland midfielders Sam Coffey and Rodriguez provided an effective bulwark, and the back line, ably led by Sauerbrunn, was well positioned to clean up any threats that managed to get through. Natalia Kuikka was also impressive on both sides of the ball.

It was a night where the magnitude of the occasion seemed to get to the Current, with a basic error creating an early deficit, one that they could never quite overcome. Portland’s possession game oftentimes manipulated Kansas City’s defensive shape, with central midfielders Desiree Scott and Alexis Loera getting pulled out of the middle. That created space for Portland’s attack to break through.

Once Portland scored its second goal, Kansas City threw more into attack, bringing on Elyse Bennett, but was unable to find a goal. Attacking midfielder Lo’eau LaBonta never really got going to provide the kind of offensive threat the Current needed.

But this doesn’t figure to be the last time that Kansas City finds itself in a championship final. Owners Angie and Chris Long, as well as Brittany Mahomes, have invested over $135 million for a new training facility and stadium, and that should do plenty to attract quality players. This is a team and organization on the rise.

Smith looked every bit the MVP, scoring the all-important first goal and creating other opportunities as well. She was always a danger off the dribble.

It was Ball’s failure to cut out Ryan’s through ball that allowed Smith escape on a clear breakaway and score to give Portland the early lead.

Smith’s fourth-minute goal for Portland set the tone for the evening, and the Thorns never looked back.

The moment the final whistle rang out around Audi Field was one to savor for the Thorns after a tumultuous season.

— Portland Thorns have won their third NWSL title (2013, 2017, 2022), breaking a tie with North Carolina Courage and FC Kansas City (defunct) for the most in league history.