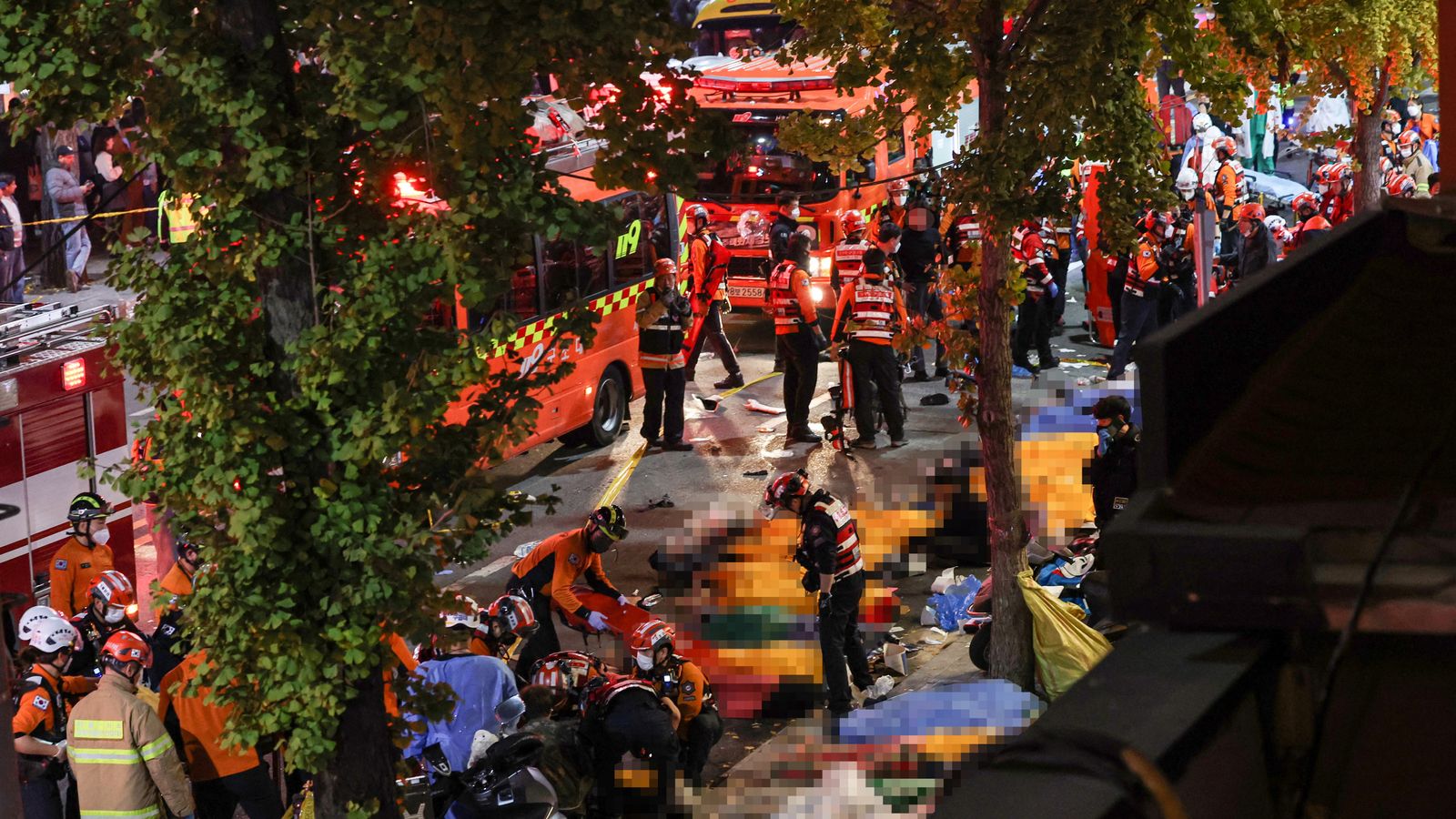 At least 120 people have been killed after a stampede in the South Korean capital of Seoul, according to local fire authorities.

The victims were crushed by a large crowd pushing forward on a narrow street during Halloween festivities near the Hamilton Hotel in the Itaewon area.

Footage on social media showed many victims lying on the pavement as workers from the emergency services and bystanders performed CPR in an effort to revive them.

Choi Seong-beom, chief of Seoul’s Yongsan fire department, said the death toll could rise, with a number of injured people in critical condition in hospital.

Most of the bodies have been sent to hospitals, while the rest are being taken to a nearby gym so that they can be identified, he added.

More than 800 emergency services personnel were deployed to the streets to treat the injured, including all available personnel in Seoul.

It is not clear what prompted the crowd surge, although some local media reports said a large number of people had rushed to the area after hearing an unidentified celebrity had been there.

He said in a statement that officials should ensure swift treatment for those injured and that the safety of festivity sites should be reviewed.

Local media said around 100,000 people headed to Itaewon for the Halloween festivities, which were the biggest in years following the easing of COVID-19 restrictions in recent months.

Watch live: Hawaii’s Mauna Loa volcano continues to erupt
A globally critical chip firm is driving a wedge between the U.S. and Netherlands over China tech policy
Ukraine war will be at ‘reduced tempo for months’, US intelligence says
Harry and Meghan trailer: Media hounding clip is of Katie Price arriving at court last year
TSMC to up Arizona investment to $40 billion with second semiconductor chip plant