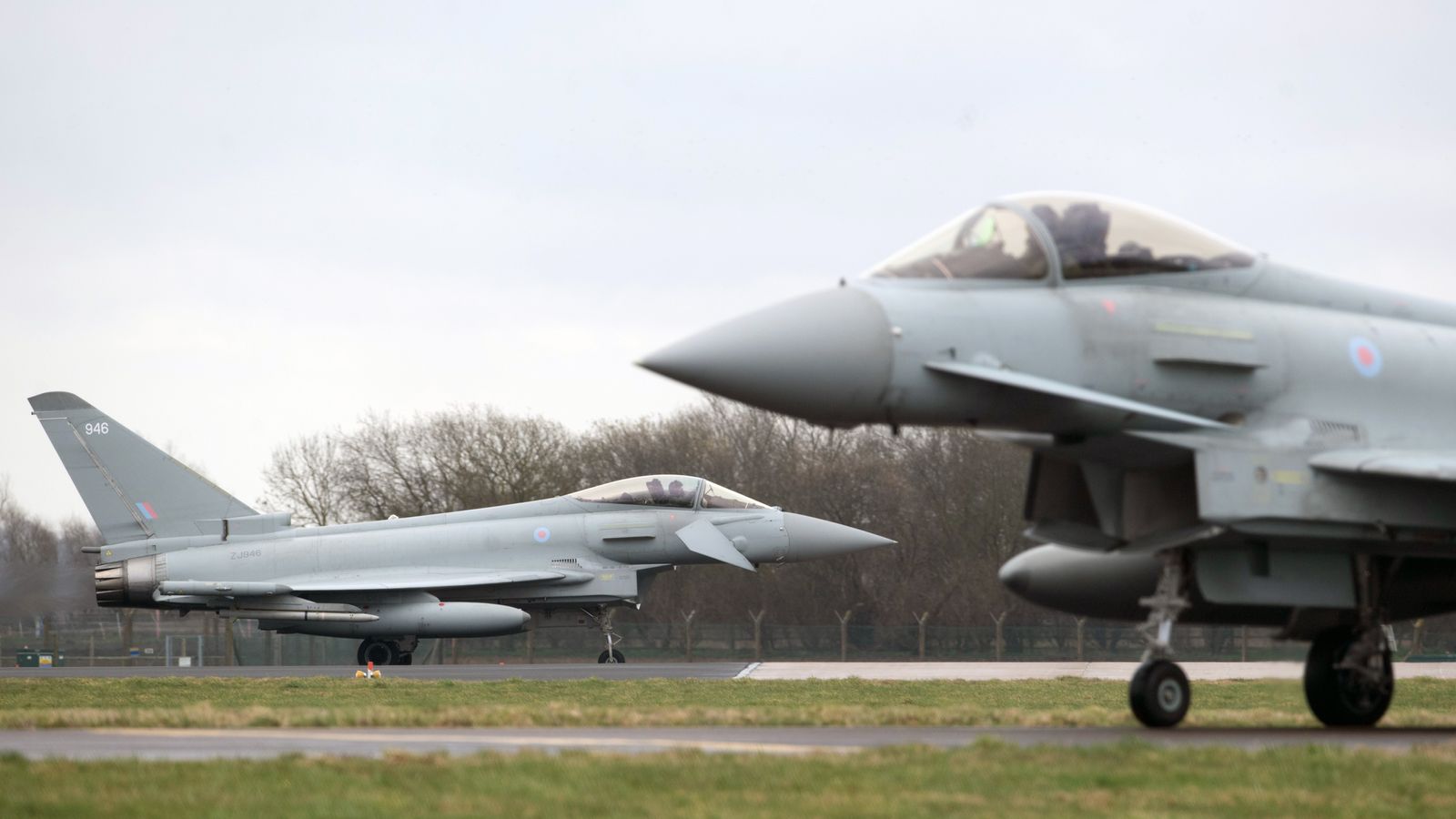 Up to four frontline pilots took part in the ‘Aviation English Course’ in Beijing that ran in 2016, while at least three Chinese nationals have gone through basic officer training at the RAF’s college at Cranwell in Lincolnshire.

The most recent Chinese officer is thought to have attended the college in 2019 – a time when the UK and its closest ally, the United States, under then president Donald Trump, were increasingly concerned about security threats from China.

A former senior British officer also told Sky News that he had been aware in the past of a number of Chinese nationals who had studied at the Joint Services Command and Staff College at Shrivenham in Swindon – which caters for more senior military personnel from across the army, navy and air force.

“The joke was that they were always on the photocopier the whole time,” the source said.

A Ministry of Defence (MoD) spokesperson said no “fast jet flight training, or any other sensitive training” was ever provided to the People’s Liberation Army Air Force (PLAAF).

Earlier this month, the UK government revealed that around 30 former British military pilots were currently in China teaching the Chinese air force how to defeat Western warplanes, saying this activity posed a “threat to UK and Western interests”.

The MoD issued a “threat alert” to caution serving and former personnel against accepting such offers of employment, and officials said they were urgently planning to change the law to make that kind of activity illegal.

But the warnings prompted sources with knowledge of official government-to-government ties between the UK and China to point out that London had previously conducted its own defence training activities with Beijing.

They said it was a bit odd to suddenly turn on this private initiative now without providing the wider context, especially as the former pilots’ work had been declared to officials over many years without prompting such stark objections – even as recently as September of this year.

“So, on the one hand, the MoD is happy to provide international defence training opportunities when the political agenda suits, but now will critique individuals for similar actions,” one source said.

“I am not saying that justifies such a choice [by the former pilots] but you can see that the narratives aren’t quite consistent with what MoD personnel are asked to do.”

‘I’m sure more than English language got talked about’

UK government policy on China was very different a decade ago.

Then prime minister David Cameron sought to strengthen relations with China in what by 2015 he called a “golden era” in bilateral ties.

However, even when ministers were prioritising economic growth, defence officials were well aware of the Chinese security risks, with concern expressed internally about the balance between security and the so-called “prosperity agenda”.

Yet a number of China-UK military interactions still took place, including the Aviation English Course, a separate source said.

They said it “consisted of helping the People’s Liberation Army Air Force learn how to run overseas military deployments”.

The source said about two to four serving RAF pilots were sent to Beijing to teach the course from 5-26 September 2016.

“It was very specific that it had to be frontline military aviators in current flying practice, so I am sure more than English language got talked about.”

The source added that they thought the title Aviation English Course was “a misnomer – why send military pilots rather than teachers?”

Another engagement was to allow a number of Chinese nationals to go through basic initial officer training at RAF Cranwell in Lincolnshire.

Two Chinese nationals – Lieutenant G Huang and Captain S Tong – were on the course in 2015 as the UK government was taking a more favourable view on China.

A defence source said they had both been due to train as engineers back in China and did not receive any RAF pilot training or engineering training.

A third Chinese national also went through the training course as recently as 2019 – a year when UK-China relations were on the decline over concerns about espionage, mobile phone technology, Hong Kong and the treatment of Uyghur Muslims and other minority ethnic groups in the Chinese province of Xinjiang.

The defence source said such basic training is conducted across all three services, including the army and the navy, with participants from a range of countries – both friendly and those the UK is seeking to build relationships with.

Such low-level, non-specialist training can be a useful way to build understanding, break down cultural barriers and improve military-to-military relationships. 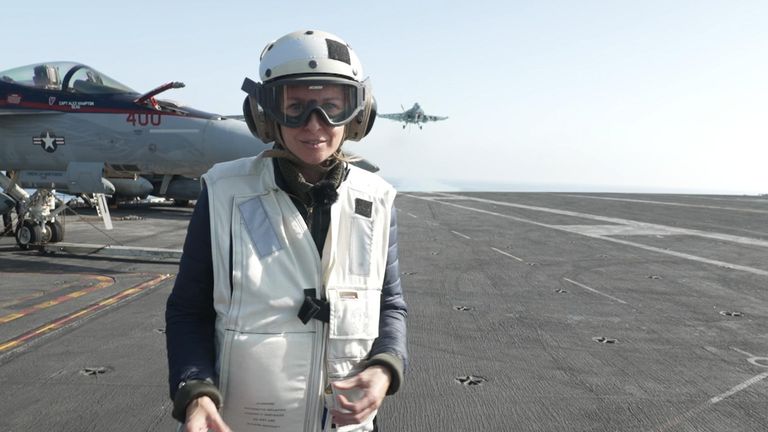 Behind the scenes on US aircraft carrier

The MoD declined to respond to questions about the Aviation English Course or about the claims regarding Chinese nationals attending the Joint Services Command and Staff College at Shrivenham.

Questions also remain about why – given the growing concern about China – it took the UK until this month to raise the alarm about former British fast jet and helicopter pilots accepting contracts to train the Chinese military.

A South African company that has hired a number of the individuals involved said its employees have been in “regular” contact with the UK Ministry of Defence since the firm was established in 2003.

“The MoD has not raised any issue regarding any aspect of the training provided by the company or its employees,” a spokesperson for the Test Flying Academy of South Africa (TFASA) said.

“As recently as September 2022, a TFASA employee was invited to an interview with MoD personnel in the UK, with no concerns raised by the representatives from the MoD present.”

The spokesperson also rejected UK claims that its work with the Chinese posed any kind of security threat.

“TFASA’s employees are subject to a very clear company ethics protocol in relation to sensitive information and are also governed by national obligations as to secrecy,” they said.