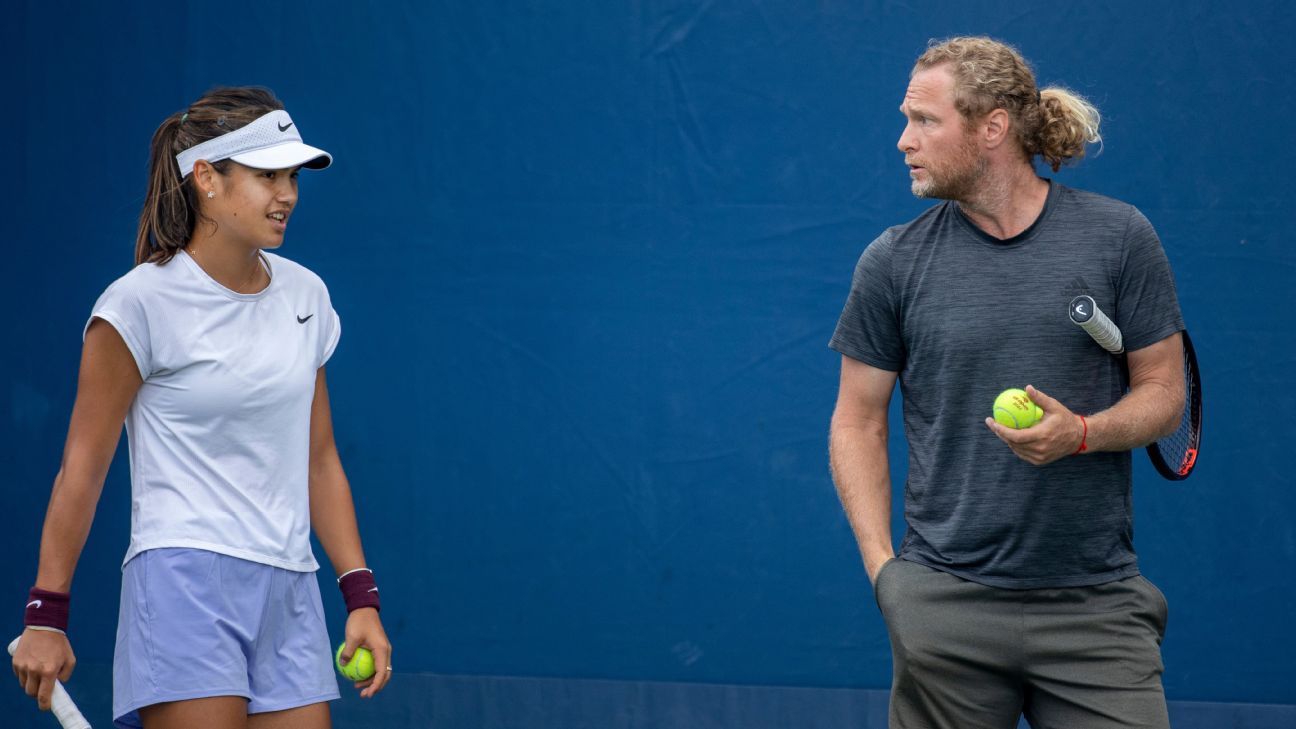 Dmitry Tursunov said he decided not to continue coaching Emma Raducanu at the end of a trial period with the 2021 US Open champion because of “red flags” he could not ignore.

Since winning the US Open title, Raducanu has fallen to 76th in the WTA rankings.

Raducanu, 19, has been without a full-time coach since splitting with German Torben Beltz in April and spent some time this year working with Tursunov.

The Russian left Raducanu’s camp at the end of their trial period and is now coaching Olympic champion Belinda Bencic.

“I was walking away from Emma regardless of whether there was another [player] available or not,” Tursunov said in an interview with Tennis Majors.

“We didn’t agree on the terms and there were some red flags that just couldn’t be ignored.

“Our trial period was over at the US Open, but I stuck around, trying to see if there was going to be a way to impress the team.

“She’s absolutely great, she’s a hard worker and she doesn’t think or act like she’s a superstar … It was a very difficult decision for me to walk away from a player that I like and respect.”

Tursunov also suggested Raducanu’s high changeover of coaches was behind her recent struggles.

“In my opinion, she’s minimum a one-year project but I would say that she’s probably a 2½-year project to be on the safe side,” Tursunov added.

“Of course, it’s hard to say that and it’s hard for people to understand how it is possible because she already won the US Open. But, in my opinion, her game is very raw, and I think in many ways it could use a lot of improvement.

“It’s going to take some time, but as I said to her and to pretty much everyone on her team: I think you just need to have one voice and just try that for a bit. And then if it doesn’t work, you cross that off your list.”

Raducanu’s management did not immediately respond to a request for comment.

Raducanu, who pulled out of the Transylvania Open due to a wrist injury earlier this month, is scheduled to play in next month’s Billie Jean King Cup finals.

Starmer to pledge ‘biggest ever’ transfer of power as report outlines sweeping reform plans
Ask the Union Leaders: Business owners set to suffer as Royal Mail ‘will destroy the service’
Troops training at Heathrow and Gatwick airports ahead of Border Force strikes
Antibiotics could be given to children at schools affected by Strep A
Amazon’s cloud unit faces cost-sensitive customers as economic fears mount