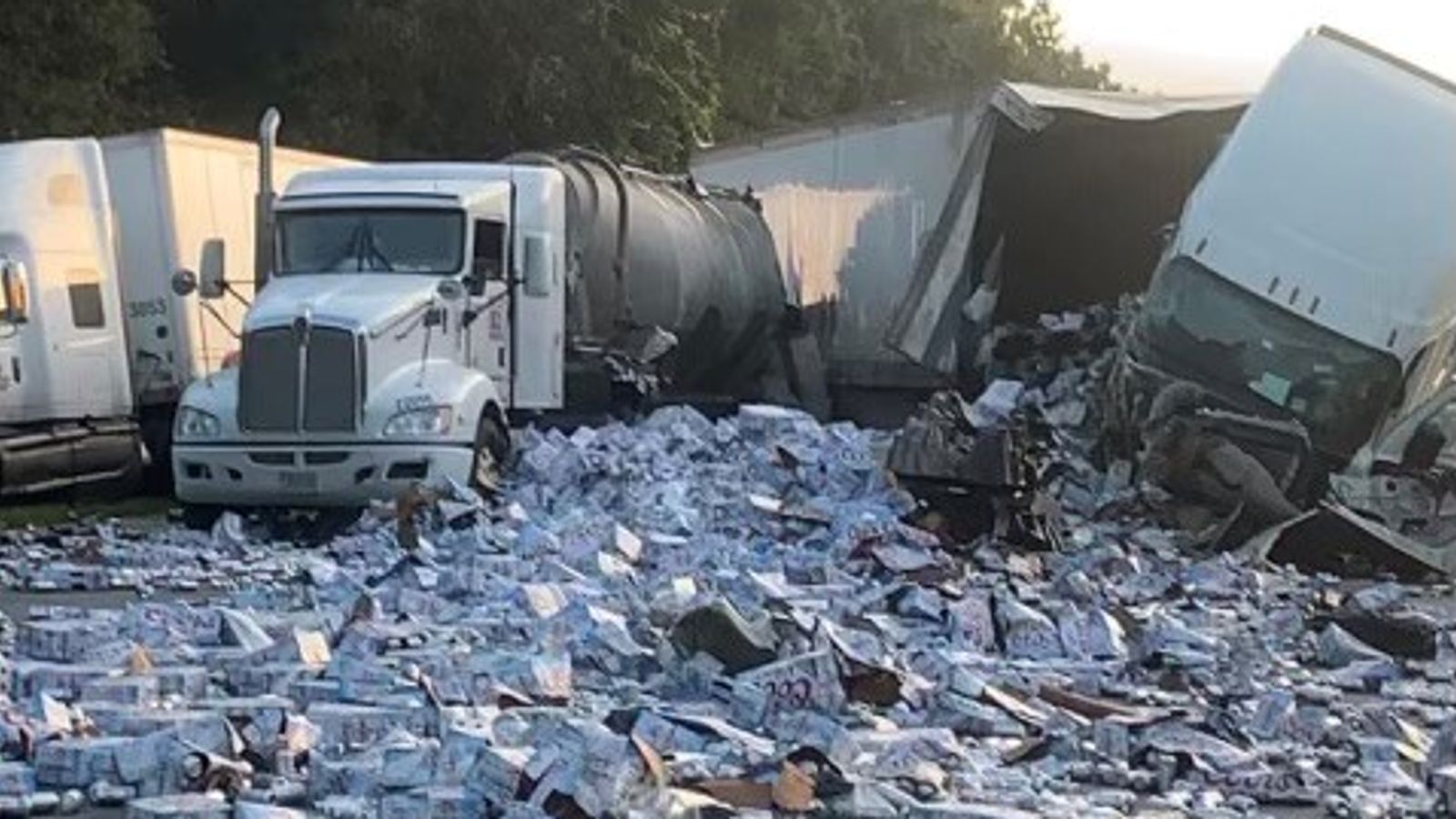 A Florida highway was forced to temporarily close after a multi-vehicle crash caused thousands of cans of beer to cover the road.

The semi-trailer had been carrying cases of Coors Light when it crashed and spilled its load all over the busy road.

All lanes of Interstate 75, which is around 30 miles north of Tampa, had to close following the collision, which also included other trailers and a pickup truck.

The pileup began when one semi-trailer clipped another while changing lanes, causing other semis to brake, officials said.

But the one filled with cases of the Silver Bullet beer failed to come to a stop and collided with a pickup truck and another trailer.

People inside the pickup truck suffered minor injuries, and the highway opened sometime later on Wednesday.

The inside shoulder and travel lanes were opened to traffic around two and a half hours after the crash, but it was six hours after, at around 12pm, that the rest of the road was reopened.