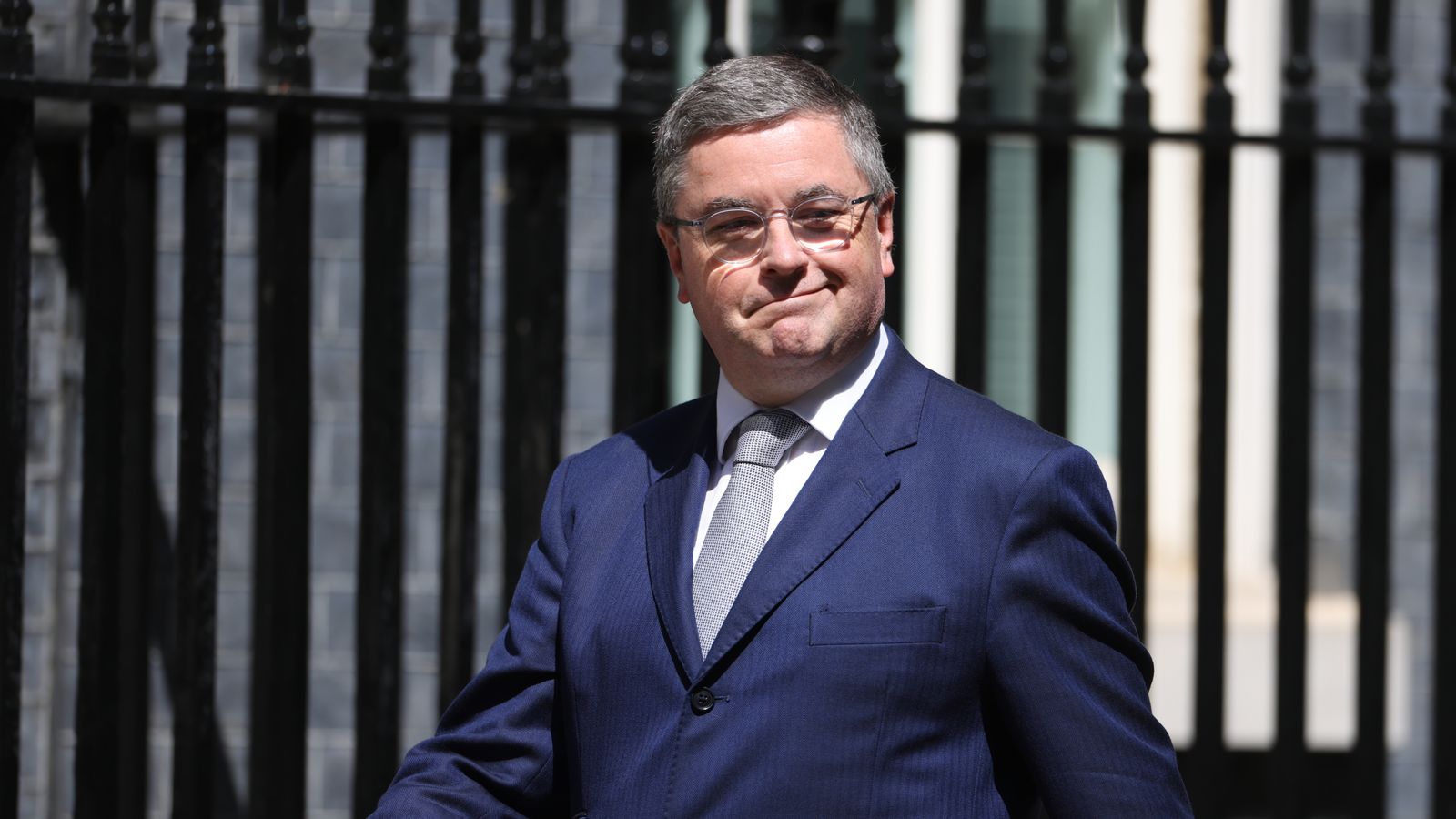 Sir Robert Buckland has become the first cabinet minister to swap his support in the Conservative Party leadership race.

The secretary of state for Wales is now supporting Liz Truss, having previously backed Rishi Sunak.

Writing in The Daily Telegraph, Sir Robert says that changing his mind was “not an easy thing to do”.

He highlights her policy on the economy and reformation of the Human Rights Act as why he has fallen in behind the foreign secretary.

The change of heart comes as Ms Truss remains the frontrunner to become the next prime minister.

Sir Robert, who called for Boris Johnson to resign as prime minister before taking a job in his cabinet, wrote: “I have looked at ideas and principles first, and personalities second. During the parliamentary rounds, I backed Rishi Sunak as I felt that he was at that stage embodying what we needed.”

Mr Sunak was the frontrunner in the parliamentary stage – but has failed to muster such strong support among Tory members.

“As the campaign has moved on, and as I have listened carefully to both candidates, I have thought deeply about the issues that move me and what I want to see the next prime minister doing,” Sir Robert added.

“Changing your mind on an issue like this is not an easy thing to do, but I have decided that Liz Truss is the right person to take our country forward.”

Sir Robert was sacked from Mr Johnson’s cabinet earlier this year before he was reinstated after the prime minister agreed to stand down.

Meanwhile, Sunak-supporter and cabinet member Dominic Raab has spoken to The Times about his support of the former chancellor.

He hits back at criticism of his preferred candidate over claims he brought about Mr Johnson’s fall while working on a plan to run for the top job himself. Mr Raab said: “Anyone who thinks Rishi stabbed Boris in the back is kidding themselves.

“Liz was doing lots of groundwork with her Fizz for Liz – dinners with MPs – for months on end. Rishi worked very hard to make the relationship with the prime minister work, he’s explained why in the end he couldn’t stay.

“I’m saying that as someone who was staunchly loyal to the PM.”

In response, Liz Truss supporter Nadine Dorries tweeted: “Liz may have had drinks with MPs – but she did not resign her job, walk away, furtively campaign with MPs for votes register a website and was not campaign ready or part of a planned coup.

“Sunak was. You can’t rewrite the facts.”