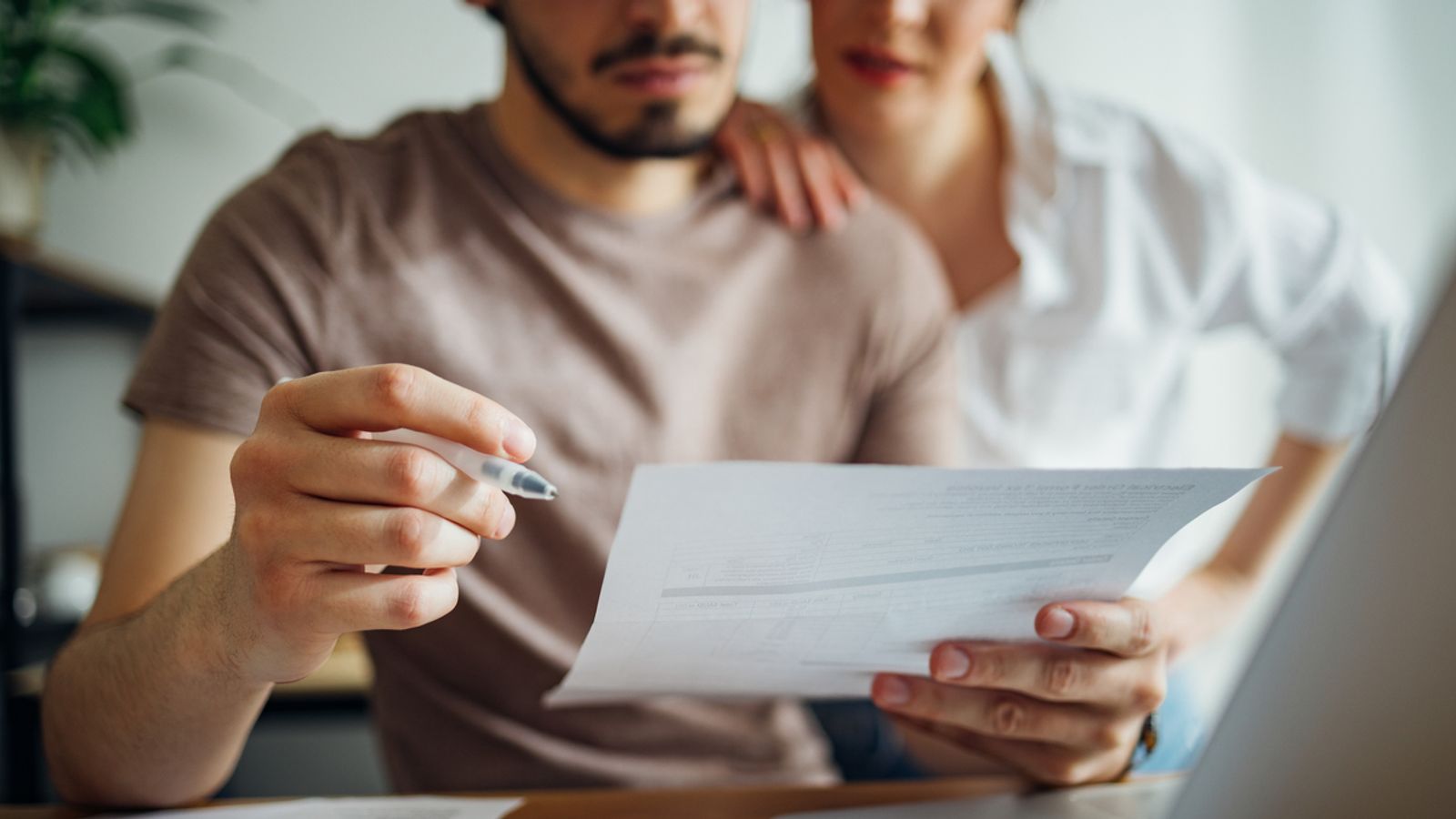 Around 5% of businesses with 250 or more employees have offered a one-off cost-of-living payment to their workers in the last three months.

The figure comes from the Office for National Statistics’ Business Insights report, which also says the rate was just 1% among smaller firms.

It comes despite many businesses struggling with their own rising costs, with 27% saying their main concern is inflation, and 20% saying it is the cost of energy.

Sky News has previously reported that housebuilders Barratt and Taylor Wimpey offered staff £1,000 to help them cope with the rising cost of living.

At Barratt, the payment was for 6,000 staff below senior management level and at Taylor Wimpey it was for workers on salaries under £70,000 – roughly 90% of its workforce.

Lloyds, Rolls-Royce, and HSBC are also among the big companies to have given workers bonuses to help them cope with more expensive bills.

In February, Bank of England Governor Andrew Bailey was criticised for suggesting that workers should not ask for big pay rises, as they could be fuelling inflation.

This is because of the risk that employers will then pass on the cost of higher wages to consumers in the form of higher prices, creating an inflation spiral.

Read more:
Who is going on strike in August and when
How inflation hits different parts of the country

The bank hiked rates by 50 basis points last week – the sixth rise since December and the biggest rise since 1995 – one of the few tools it has to fight inflation.

But, with inflation last recorded at 9.4% and energy price forecasts getting more dire by the week, many workers are left with little choice but to seek pay rises.

A number of unions have launched strike action, or are preparing to, including rail workers, bus drivers, postal workers, barristers, and port workers.

They are all seeking better pay ahead of what is expected to be a difficult winter for many of those on low incomes.