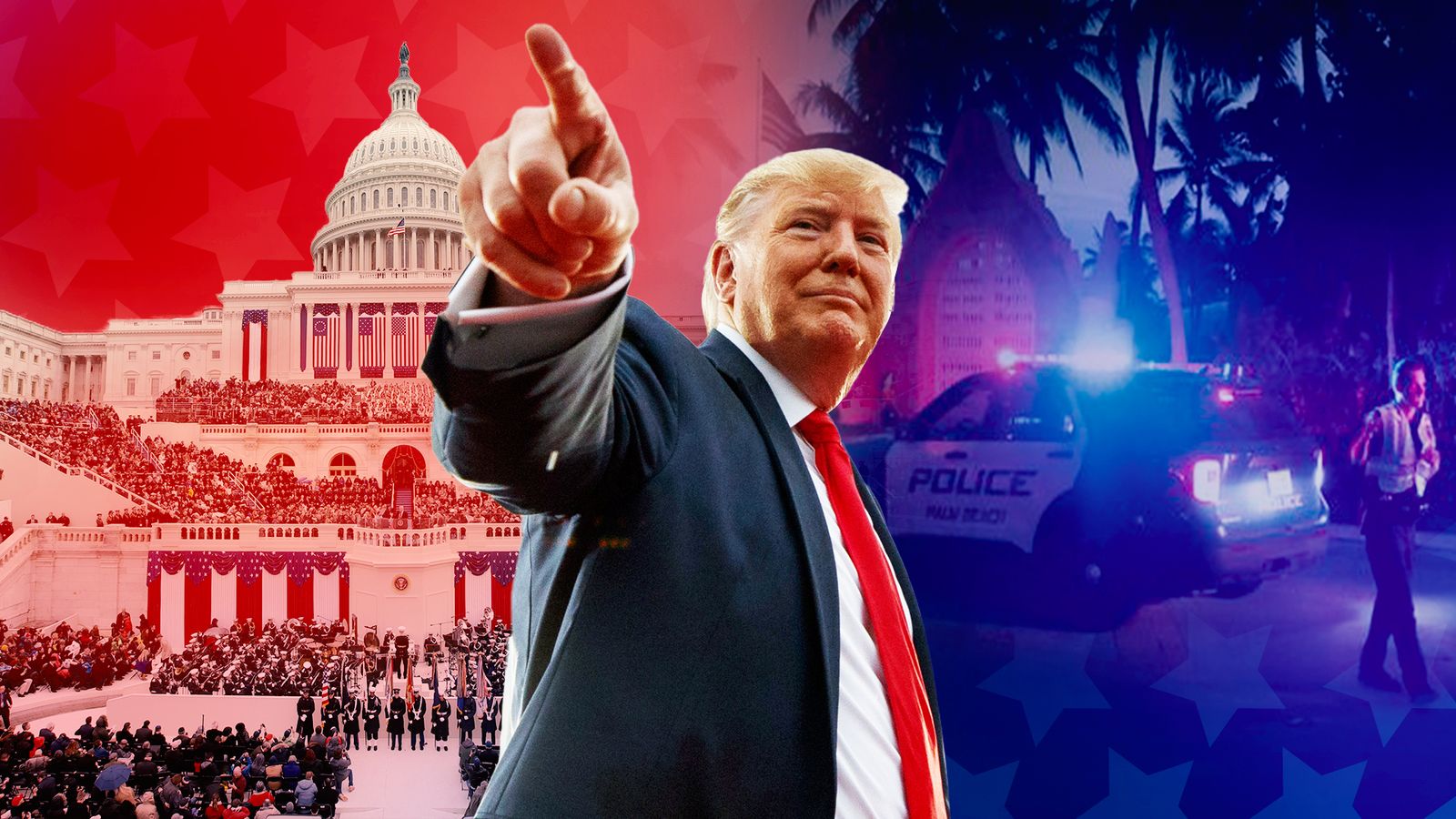 The US Republicans have had many opportunities to move into the post-Trump era of politics but they have consistently refused to take them.

Such is the ex-president’s threatening and manipulative grip on his party that he has turned each potentially devastating setback into a comeback.

In November 2020 the Republican leadership could have stood against Trump’s transparently false claims that he had won the election and that it had been stolen from him through electoral fraud.

After the storming of the US Capitol on 6 January the Democrat-led US House of Representatives did vote to impeach him. Republican Senators wavered, then declined to make up a majority to convict him. If Donald Trump had been convicted, then he would have been barred from ever running for office again.

Throughout this summer a congressional investigation, spearheaded by the maverick Republican congresswoman Liz Cheney, has piled up evidence of Trump’s involvement in the January 6th insurrection. Most other Republican lawmakers have dismissed the hearings as “a witch hunt”.

This week came what might have been expected to be the knock-out blow to any of Donald Trump’s hopes of a future in American politics. Yet his latest troubles only seem to have united the Republican Party in his defence, making it a near certainty that he will soon be the Republican’s undisputed nominee for the 2024 Presidential Election – even as the threat of prison hangs over Trump more ominously than ever.

Worthy of a ‘banana republic’

For the first time ever, the FBI, the United States’ supreme law enforcement agency, launched a criminal investigation of a former president. The Federal Bureau of Investigation showed “probable cause” and obtained a warrant to raid Mar-a- Lago, Trump’s Florida base, for evidence of criminal activity.

The US Attorney General Merrick Garland is declining to comment on why the warrant was issued. He would be a US Supreme Court Justice now had Republican Senators not unprecedentedly obstructed his nomination by President Obama.

The FBI is not permitted to explain its actions at this stage. Trump is free to publish the contents of the search warrant but he has chosen not too, even as he denounces the raid as carried out by “the radical left”, worthy of a “banana republic”.

Agents have been seen taking boxes of documents from Trump’s private home. The removal from official premises or the destruction of presidential documents is punishable by a possible prison sentence and, crucially, exclusion from office, under US statutes.

Astonishingly, for those unfamiliar with the polarised state of US politics, the FBI raid gave a massive boost to Trump’s political prospects. Leading Republicans – including Senators Ted Cruz of Texas and Rick DeSantis of Florida – came to his aid and attacked the FBI.

‘A dark day for our republic’

Trump has been re-cemented as the keystone of the modern Republican party. Opposing the FBI investigation is being used by Republicans as a fund-raising opportunity ahead of this November’s mid-term elections.

The organising Republican National Committee sent out immediate appeals for donations as did Trump himself, urging: “Return the power to the people! Will you fight with me!”

J D Vance, the author of Hillbilly Elegy, who is now running in Ohio for the US Senate, was once a strong critic of Trump. Now he expressed “solidarity” with President Trump, backing up his own Twitter appeal with “alarm” emojis.

Senator Rick Scott of Florida argued that the raid should “scare the living daylights out of ordinary Americans”. The Fox News star Sean Hannity chimed in that it was “a dark day for our republic”.

In the run up to the mid-term elections, when opinion polls were suggesting that they could strengthen their position in the Senate and win back control of the House, the Republicans had been campaigning on the cost of living, inflation and incumbent Democratic President Joe Biden’s low ratings.

Trump had been side-lined; candidates he backed enjoyed mixed success in primary contests. De Santis was consolidating his position as the likely 2024 candidate. Now all that has been turned on its head.

The Republicans are back dancing to Trump’s tune: that he embodies the party and that he is subject to unjustified persecution by a “Deep State” radical elite.

Never mind that Christopher A Wray, the current director of the FBI, was appointed by President Trump in 2017. Never mind that Trump repeatedly said during the 2016 campaign that Hillary Clinton should be disqualified from running for the White House because she was under active FBI investigation over her emails.

Trump argues that he is only under investigation because he could be re-elected. “If I announced I wasn’t running the persecution would stop!” he has claimed.

Why plead the fifth?

Whatever follows from the Mar-a-Largo raid and the evidence gathering over 6 January, Trump is already under civil – and potentially criminal – investigation in New York over his tax and business dealings.

This week Trump “pled the fifth amendment” against self-incrimination in response to what he called “the vendetta”, “the greatest witch hunt in US history!” by the state’s attorney general.

“I once asked [of others], ‘if you are innocent why are you taking the fifth amendment?’,” Trump explained. “Now I know the answer. When your family, your company and all the people in your orbit have become the targets of an unfounded, politically motivated Witch Hunt you have no choice.”

Contrary to his protests, the politicisation of his legal difficulties probably helps Trump. It intimidates the forces of law and order from moving against him, as well as providing a rallying call for fresh donations to his cause.

Many are now criticising the FBI for not foreseeing the consequences of launching its investigation into Trump and are demanding a full explanation from the Bureau.

But as then-FBI director James Comey insisted at the time of the investigation into Hilary Clinton, the FBI is meant to be the unflinching servant of law and order: independent of partisan politics.

It is too early to tell what the consequences will be of refocussing the 2022 and 2024 US Elections on Trump’s personal melodrama. In polls the majority of Republican sympathisers accept his claim that the last election was stolen but are ambivalent about him standing again (when, remember, he lost). A different Republican candidate for the White House now seems increasingly unlikely.

It is possible that the slowly grinding wheels of justice across the range of Trump investigations could pull him down before the next presidential election, although he’s proved adept at avoiding them so far.

For good or ill, the Republican Party has placed itself irrevocably in the orbit of Donald J Trump as it bids to take control once again of the most powerful country in the world.