Some families are up to £1,600 a year worse off because of the cost of living crisis – even after government help is taken into account.

The poorest in society are suffering three major blows to their income in the year to October 2022, according to a report commissioned by former prime minister Gordon Brown.

As well as losing the £20-a-week uplift to Universal Credit, benefits are failing to keep up with inflation – and a jump in the energy price cap is expected this autumn.

Poverty expert Professor Donald Hirsch, who wrote the report, says the package of measures offered by the government falls far short of what low-income households need – and urgent action is required.

His research suggests that an out-of-work couple with two children will miss out on £1,300 a year, with larger households suffering bigger losses.

That’s despite working-age households on Universal Credit and other means-tested benefits getting £1,200 of additional help – including reductions to energy bills and council tax, as well as £650 direct to their bank account.

The report warns this flat-rate approach disadvantages bigger families, and Mr Brown said: “We are facing a humanitarian crisis that Britain hasn’t seen in decades.

“As living costs continue to skyrocket, families on the brink of making ends meet cannot bridge the gap.”

He also called on the next prime minister “to ensure that families have enough to live, through this crisis and beyond”.

And writing in The Observer, the ex-PM warned a failure to act risks “condemning millions of vulnerable and blameless children and pensioners to a winter of dire poverty”.

Mr Brown is urging Boris Johnson, Rishi Sunak and Liz Truss to agree an emergency budget this week – and says time is running out to update the Universal Credit payments system before the next energy price cap hike.

Underlining the urgency of the matter, he also suggested that parliament should be recalled if they fail to do so.

Read more:
Rise in owners giving up their pets as cost of living soars
Sixteen million people cut back on food and essentials
UK ‘has done less to ease burden of high petrol prices’ 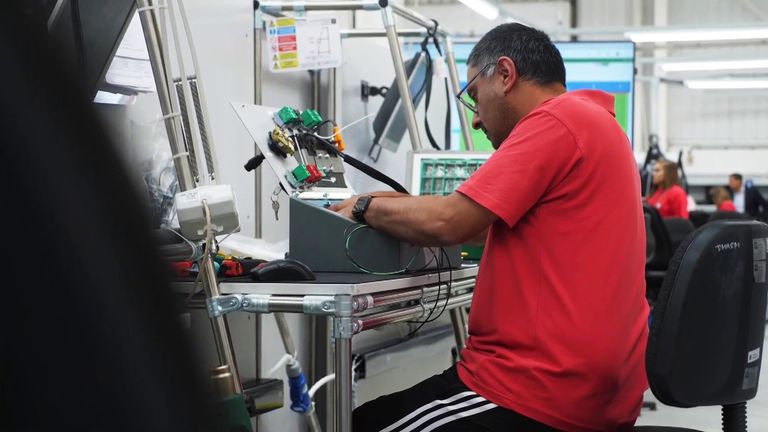 The report has been endorsed by 56 charities, faith groups and politicians – and also includes the first-hand experiences of those affected by rising bills.

One of them is Lowri, who receives Universal Credit and cares for her father and daughter. Her food and fuel bills have doubled, and she has had to sell her daughter’s bike to make ends meet.

She said: “I have spent the last five years living in survival mode, just about surviving each day, worrying about money constantly. I am emotionally and mentally exhausted living like this.

“It is not living, merely existing. There is just no way people can manage to pay all their bills, and all we are doing is existing to pay bills. Terrified is an understatement.”

The projected shortfalls in the report are based on figures drawn at the end of 2022, and there are fears families will be in an even worse financial position when Ofgem, the energy regulator, makes its announcement regarding the rise in the energy price cap.

A government spokesperson said: “We understand that people are struggling with rising prices, which is why we have acted to protect the eight million most vulnerable British families through at least £1,200 of direct payments this year, with additional support for pensioners and those claiming disability benefits.

“Through our £37bn support package we are also saving the typical employee over £330 a year through a tax cut in July, allowing people on Universal Credit to keep £1,000 more of what they earn and cutting fuel duty by 5p, saving a typical family £100.”