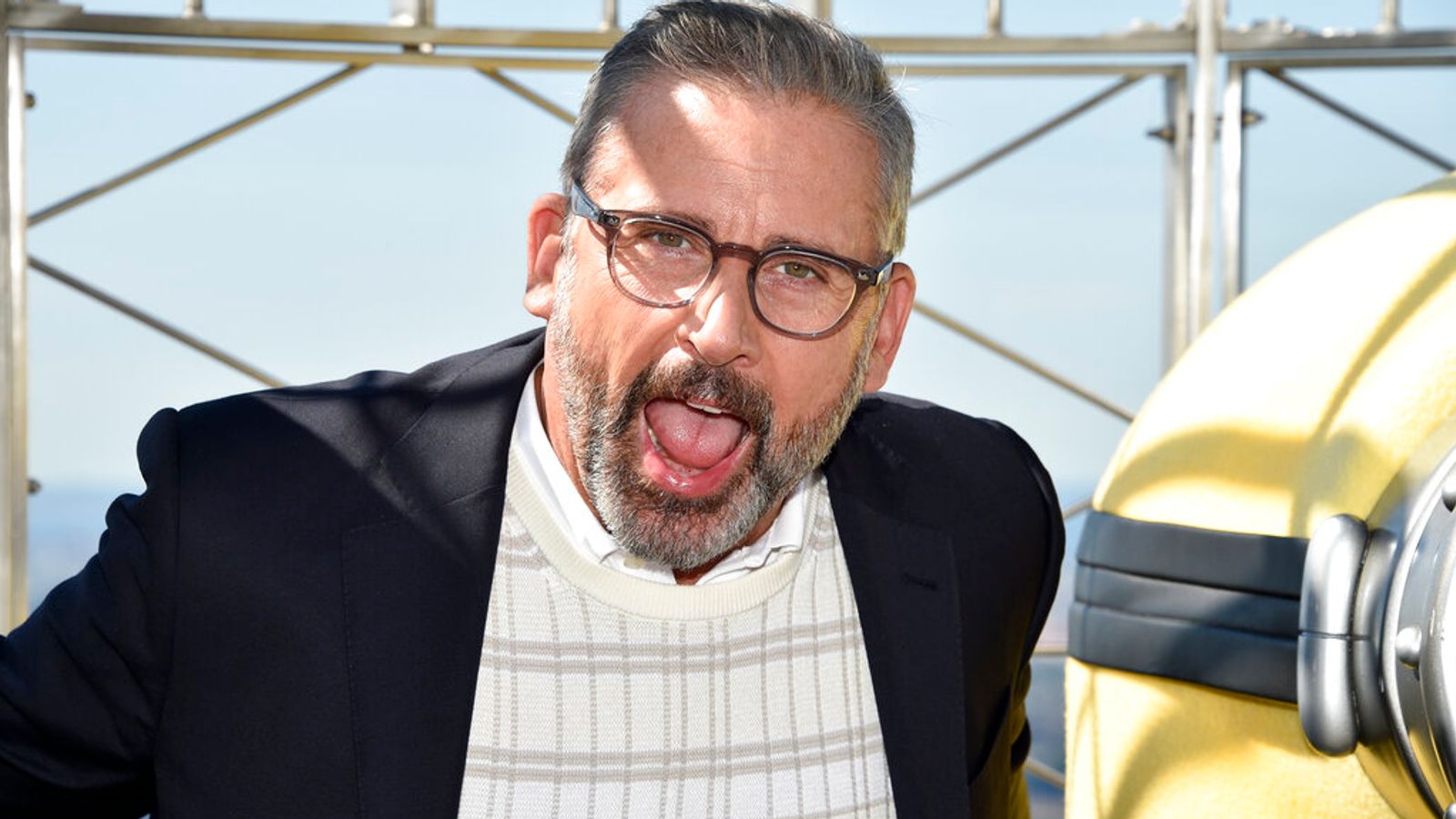 The Minions have captured the imaginations – and hearts – of film fans since first arriving on the big screen in Despicable Me back in 2010.

Several movies, and vast amounts of merchandise later, this has become the highest-grossing animated franchise in the world – and now, for the first time, we are being told the origin story of villain Gru and his team of small yellow henchmen.

While the latest film is ostensibly about duplicitous villains who do terrible things, like the others in this universe it is in fact the very opposite of mean.

Steve Carell, who returns as Gru, told Sky News’ Backstage podcast that the soft centre at the heart of the Minions movies is probably the reason for their huge success.

“The movies are really funny,” he said. “Underneath it though, there is a sweetness and a kindness and a joy to all of this.

“It’s not too much in your face, they try to surround it with a lot of humour and silliness and action, but I think at their core they’re just really kind movies.”

In Minions: The Rise Of Gru, we meet Gru aged 11 – which gave Carell a new challenge in the voice booth.

“I got to play him a little more earnest, voice a bit higher, a little squeakier, a little less composed, but very much the same guy, you know, you can see where he’s headed,” he said.

Testament to how much he loves working on the films, when asked who he’d like to see in future movies he picks his real-life showbiz pals.

“They’re so much fun because they’re very collaborative, you can play around, you can kind of try anything, there’s no wrong way to do it, and I think you can tell when you watch them, they’re very freewheeling.

“All of the voice actors are giving a lot of themselves and not just reading the script, but embodying the character with much more than just the words.”

Five films in, Carell says he still loves the process, which is very different to live-action filming.

“There’s always those first few sessions where we’re going through the script and they’re showing me storyboards, which are, you know, basically pictures, illustrations laying out the entire story,” he said.

“And they’re so much fun because they’re so excited to show it to me, and I’m excited to get into it and start creating the voice for the character, and then it’s such a prize at the end, it’s like waiting for Christmas for it to open because I might work on one of these for a couple of years and I really won’t see anything until it’s done.

“And they just create these wonderful scenarios and images, and the timing of the the comedy, too – so much of it just relies on the animation. And they’re brilliant, these animators just do such a great job with it.”

Minions: The Rise Of Gru is out in cinemas in the UK

Taiwan tensions: Could Taiwan defend itself against China?
Man who created fake fundraiser for veteran spent over £300k on holiday and shopping splurge
‘We will stand shoulder-to-shoulder’: UK to send more multiple-launch rocket systems to Ukraine
Donald Trump being investigated under Espionage Act, with ‘top secret’ documents taken from his Florida home
‘She’ll be deeply missed’: Anne Heche’s family say they have ‘lost a bright light’ as they search for organ match after crash