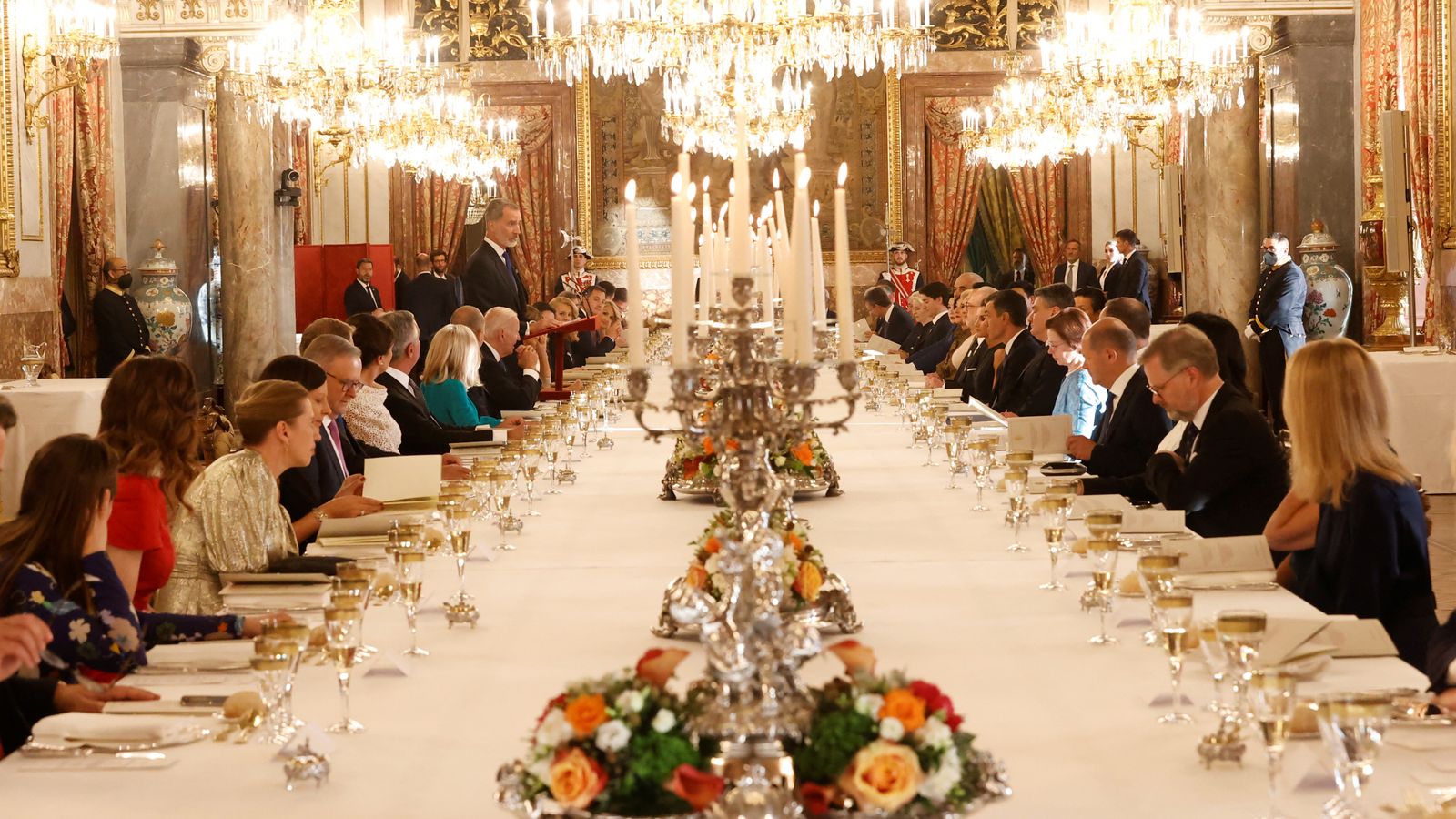 Boris Johnson is expected to tell NATO members to “dig deep” and prepare for a more dangerous decade with increased threats.

The first full day of a NATO summit starts on Wednesday in Madrid, Spain where allies will discuss the future of NATO, as it seeks to agree on a plan for a new decade of growing threats.

In his address Boris Johnson will urge member states to invest more to modernise defence, warning this decade will be more dangerous and competitive than the last.

NATO members commit to spending at least 2% of their gross domestic product on defence, but only nine of the 30-member alliance meet that requirement.

The UK has met that target every year since its inception and Mr Johnson will say: “The NATO alliance keeps our people safe every day. But over the next 10 years, the threats around us are only going to grow.

“We need allies – all allies – to dig deep to restore deterrence and ensure defence in the decade ahead.

“The 2% was always meant to be a floor, not a ceiling, and allies must continue to step up in this time of crisis.”

The UK’s defence spending is projected to reach 2.3% of GDP this year, largely due to the support provided to Ukraine since February.

UK to expand presence in Estonia

The prime minister will also announce that the UK’s military presence in Estonia will be bolstered, a decision that comes just days after NATO announced plans to increase the number of troops at high readiness by 650%, from 40,000 to 300,000.

According to officials, a greater presence in Estonia would enable the UK to provide rapid reinforcements if needed.

“We’re working with premier Kaja Kallas on what we can do to be more supportive to Estonia, to help them operationally.

“The work is going on for a close political and military partnership. Our commitment to Estonia, like our commitment to all our NATO friends, is absolute,” Mr Johnson said.

However, at home, the prime minister faces criticism over the level of funding for the military, with the new head of the army, General Sir Patrick Sanders saying that further cuts to the army would be “perverse”.

Sweden and Finland move a step closer to membership

On the eve of the summit, Turkey’s President Recep Tayyip Erdogan lifted a block on Sweden and Finland’s membership in NATO, a major boost for the alliance.

Until Tuesday, Turkey had resisted the move, insisting the Nordic countries should change their stance on Kurdish rebel groups that it sees as terrorists.

However, an agreement was reached, paving the way for Finland and Sweden.

Mr Johnson is expected to meet the leaders of Turkey and the two Nordic nations on the margins of the summit on Wednesday.

The UK had supported the Swedish and Finnish bids to join the alliance.

Mr Johnson said they were “breaking decades of historic neutrality” to join the organisation, which showed the alliance was “in robust health”.

“Sweden and Finland’s membership will make our brilliant alliance stronger and safer,” he said.