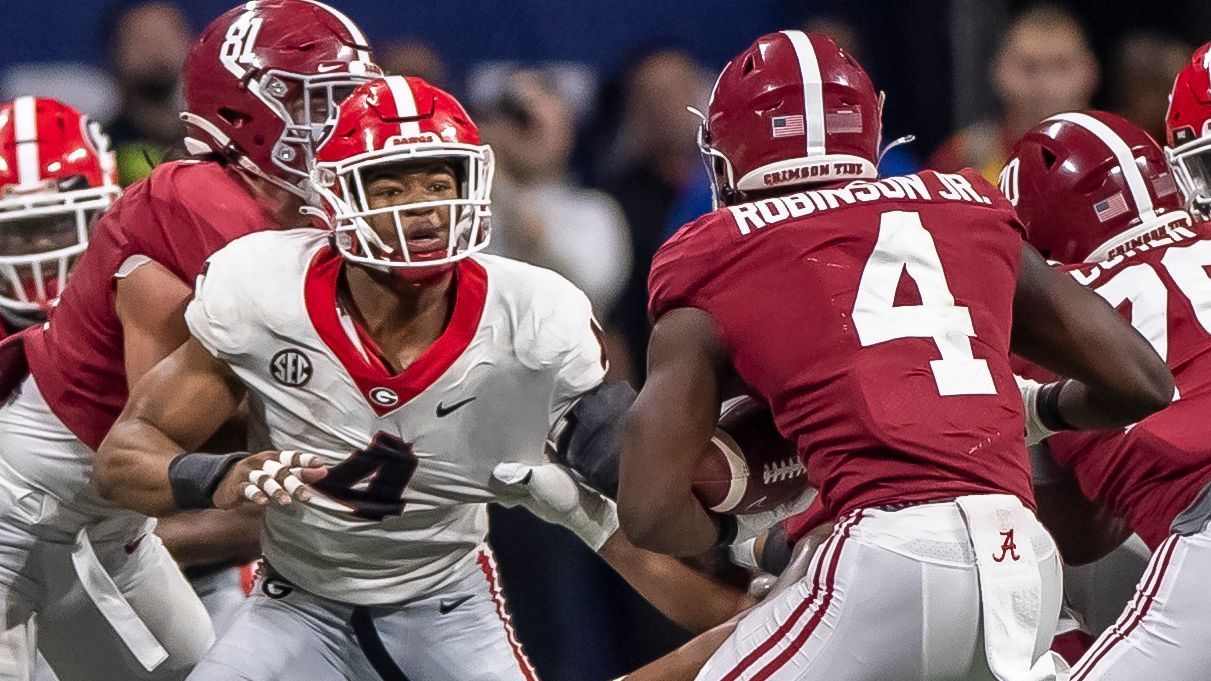 Georgia’s top-ranked defense won’t look the same next season, but it will feature the return of gifted pass-rusher Nolan Smith, who announced Monday that he plans to come back for his senior season.

The former No. 2-ranked player in the Class of 2019, Smith had 55 tackles, 3.5 sacks and an interception this past season.

Smith’s sack of quarterback Bryce Young was the final play of Georgia’s win over Alabama in the College Football Playoff National Championship earlier this month.

Fresh off the program’s first national title in 41 years, the Bulldogs have lost several key players from their defense, which ranked first in points per game (10.2), as cornerback Derion Kendrick, safety Lewis Cine, linebacker Nakobe Dean and defensive lineman Travon Walker have declared for the NFL draft.

Georgia defensive back Latavious Brini, who started 11 games for the Bulldogs this season, entered the transfer portal on Monday as a graduate. Brini announced his intentions last week, thanking Georgia’s coaches while saying he would complete his final season of eligibility elsewhere.

Brini recorded 38 tackles and had eight pass breakups. The 6-foot-2, 210-pound senior from Miami Gardens, Florida, appeared in seven games last season as a reserve. He received his degree in the fall. Brini was a three-star recruit in the 2017 class.

The Georgia defense will also be without its coordinator, Dan Lanning, who left to become the head coach at Oregon.

Georgia is scheduled to open the season against Oregon on Sept. 3.

Among those who have announced their intent to return to Athens next season are defensive backs Tykee Smith and Christopher Smith.

Keeping Illinois nuclear plants open is saving some customers $237 a year on average
Wounded Ukrainian soldiers arrive in Russian-controlled town after evacuation from Mariupol steelworks
PM and Sue Gray met privately to discuss handling of partygate report, Sky News understands
After the ‘hippie’ bus and the Beetle, VW has its eyes on America once again
Why Tesla was kicked out of the S&P 500’s ESG index