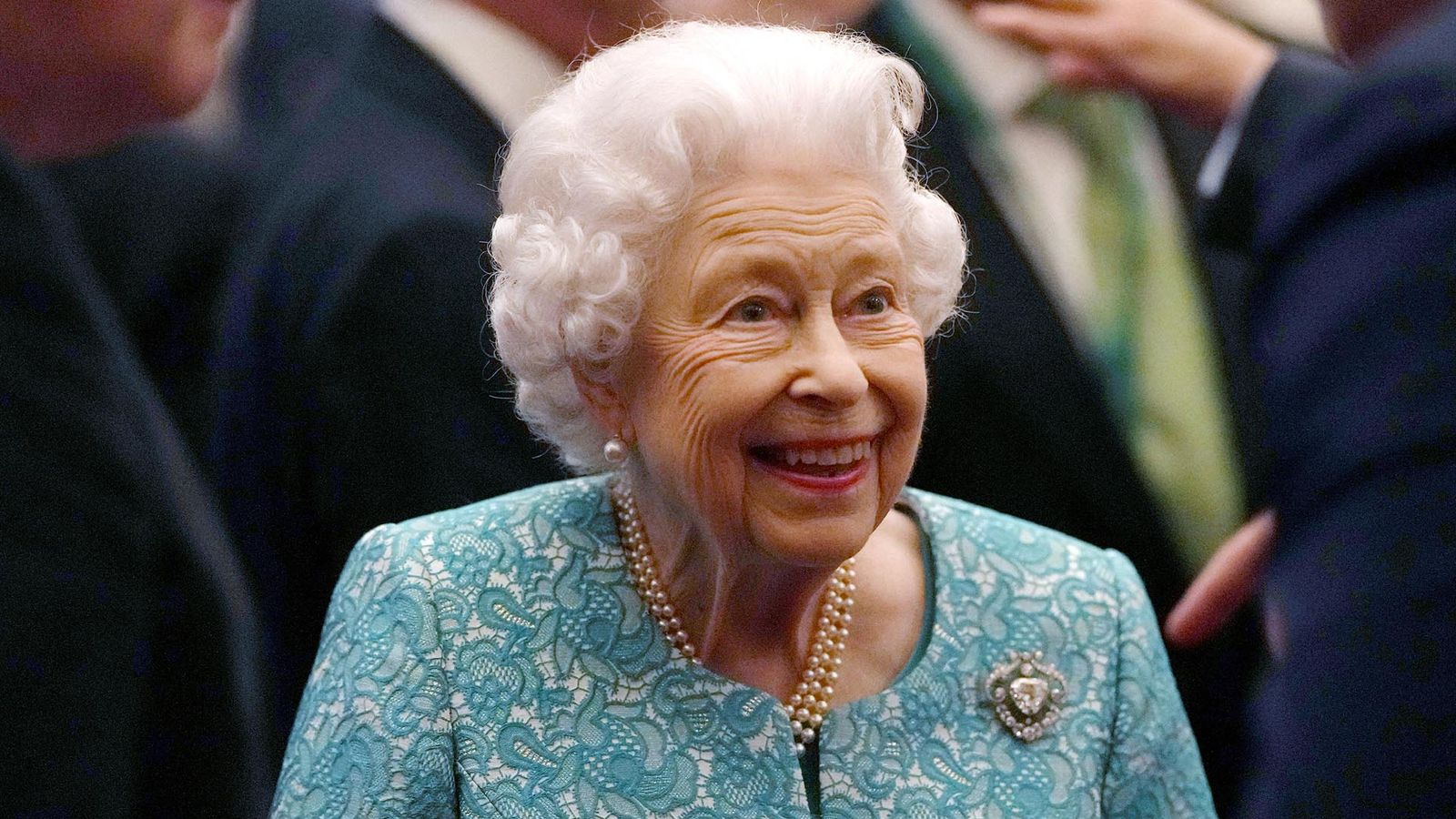 The Queen has “reluctantly accepted medical advice to rest for the next few days” and will not be travelling to Northern Ireland today, Buckingham Palace has said.

“Her Majesty is in good spirits and is disappointed that she will no longer be able to visit Northern Ireland, where she had been due to undertake a series of engagements today and tomorrow,” the palace statement added.

“The Queen sends her warmest good wishes to the people of Northern Ireland, and looks forward to visiting in the future.”

The 95-year-old monarch was supposed to be carrying out a two-day visit to Northern Ireland starting today.

She said Buckingham Palace has made it “very clear that she is taking this advice from the royal medical household”.

“They said to her she has to rest for the next few days but we are also being told she is in good spirits,” Sky’s Rhiannon Mills said.

“In many ways, it’s probably not surprising they have told her to take a rest because the last couple of weeks have been incredibly busy when you consider she is 95 years old.

“Yes, she has all of the best possible help around her and she lives every privileged life but for 95 years old she has been undergoing a very busy work schedule”.

The decision comes just days after she was seen using a walking stick at a major public event when attending a Westminster Abbey service marking the centenary of the Royal British Legion, an armed forces charity.

Sky News understands she was due to visit Hillsborough castle to mark its recent renaming to Royal Hillsborough Castle this afternoon.

The Queen was also expected to meet up with some heroes from the COVID-19 pandemic.

There were reports that the monarch was due to attend a special church ceremony tomorrow, recognising the centenary of Northern Ireland.

After being informed that the Queen will not be travelling to Nothern Ireland, the Church Leaders’ Group said: “We are very sorry to learn that it will not be possible for Her Majesty Queen Elizabeth II to be present for the Service of Reflection and Hope in Armagh tomorrow.

“We wish to convey to Her Majesty our good wishes and, in doing so, to acknowledge the significance of her commitment to the work of peace and reconciliation, which has meant a great deal to people throughout this island.

“We hope that tomorrow’s service will provide an opportunity to further that work, with an emphasis on our shared hopes for the future.”

On Tuesday evening, she hosted a major Global Investment Summit at Windsor Castle, where Rhiannon Mills said she “seemed in fantastic spirits”.

“Of course now that she is older, and of course now that Prince Philip is no longer by her side, we are now increasingly seeing members of the royal family around her, also last night we saw Prince Charles and Prince William,” she added.

The Queen’s decision is understood not to be related to coronavirus and she is now resting at the castle.

At this stage, the monarch is still expected to attend events linked to the COP26 climate change conference in Glasgow at the end of the month.