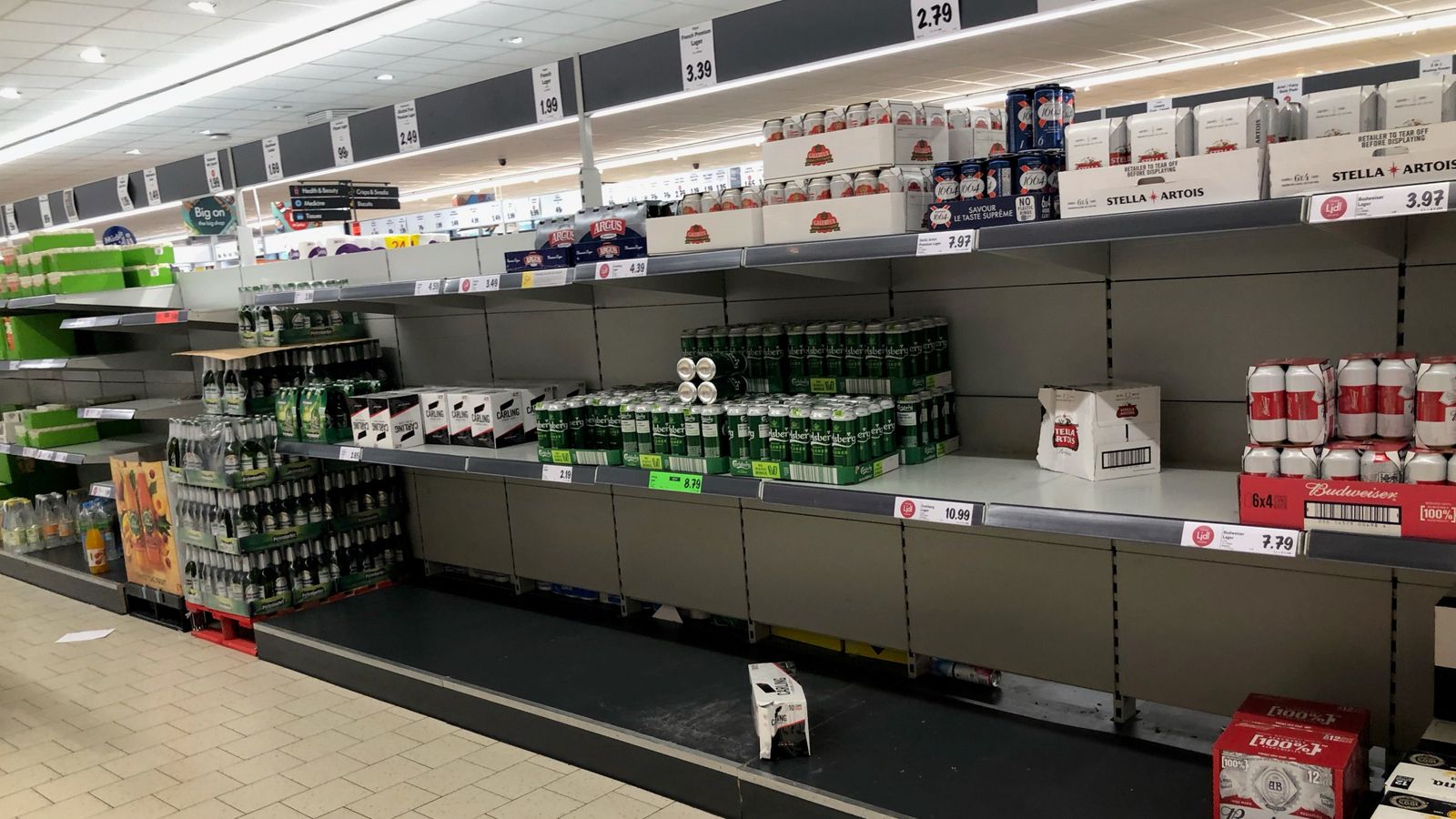 Shoppers face permanent food shortages with the days of being able to get almost any item off the supermarket shelf over, a trade body chief has warned.

While this did not mean people would having nothing to eat, Ian Wright, the chief executive of the Food and Drink Federation, said he believed the time of nearly all goods being freely available had gone.

However, Downing Street has rejected the idea that shortages will be “permanent” and insisted the UK food supply chain is “highly resilient”.

Live COVID updates from the UK and around the world

The farm to fork supply chain – which transports local, high quality, organic and seasonal produce – was missing around half a million of the four million people that usually worked in the sector, according to Mr Wright.

He said part of this was due to EU nationals leaving the UK as a result of the coronavirus pandemic and Brexit.

Many businesses have reported major problems in their supply chains in recent months, leaving some shop shelves empty, or forcing restaurants to remove items from their menus.

Mr Wright told an event organised by the Institute for Government: “It’s going to get worse, and it’s not going to get better after getting worse any time soon.”

He said: “The result of the labour shortages is that the just-in-time system that has sustained supermarkets, convenience stores and restaurants – so the food has arrived on shelf or in the kitchen, just when you need it – is no longer working.

“And I don’t think it will work again, I think we will see we are now in for permanent shortages. Now these shortages don’t mean that you’re going to run out of food.”

He highlighted the example last week when most of the East of England ran out of bottled water.

The shortage of drivers meant there was less space on lorries that were available and so heavy, bulky items like water were not being prioritised the same as other items.

Mr Wright said: “That’s a first world problem. Nobody’s going to be completely bereft if they can’t get bottled water.

“But what is changing now is that the UK shopper and consumer could have previously have expected just about every product they want to be on a shelf or in the restaurant all the time.

“That’s over, and I don’t think it’s coming back.”

But a No10 spokesman said: “We don’t recognise those claims.

“We have got highly resilient food supply chains which have coped extremely well in the face of challenges. We believe that will remain the case.

“We know there are some issues that are facing the sector. We will continue to speak and liaise with those involved in those industries to try to ensure we can help them as much as possible.”