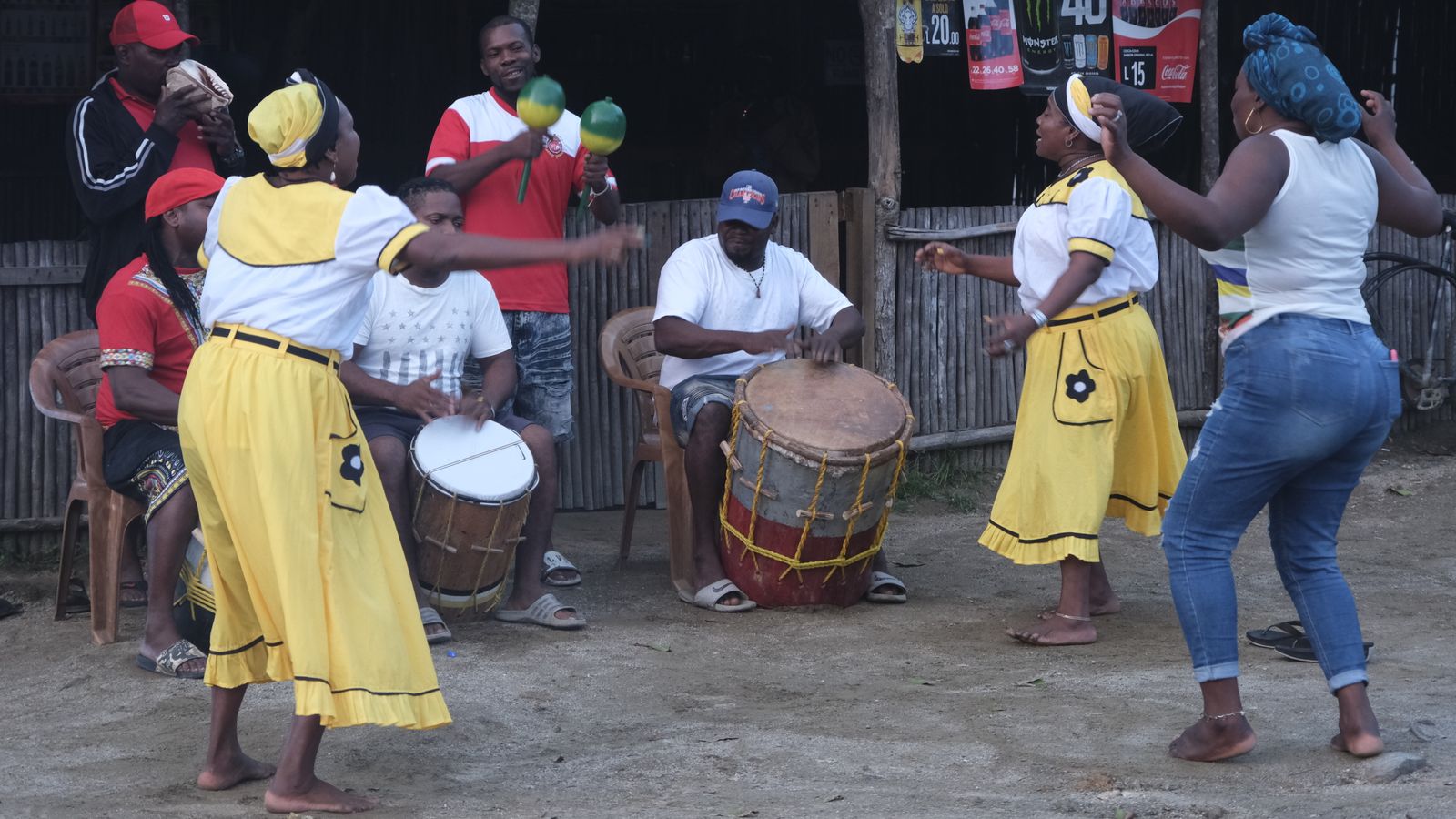 Honduras has become one of the world’s most dangerous places for environmental land rights activists after a series of murders in the Central American country over the past two years.

Last month, three indigenous leaders were shot dead in the north of the country – it follows the abduction and disappearance of four activists last summer.

And at least 14 more men and women were killed in similar circumstances in July 2019.

All of the dead and missing are members of the black indigenous Garifuna people who have been fighting to hold on to their ancestral lands for decades.

Drug cartels, palm oil manufacturers and tourism developers all have different reasons to take control of the Garifuna’s land, and little is being done to protect the communities from intimidation and violence.

The Garifuna, an Afro-Caribbean population originally from the island of St Vincent, who were evicted from their homelands by the British in the 1700s, have lived on the shores of the Caribbean for generations.

The small communities who inhabit this biodiverse paradise of blue seas and white sandy beaches, lined by palm trees, have survived for generations on the fish they take from the waters and the vegetables they grow.

But the natural beauty, the abundance of palm oil and its seaside location here in northern Honduras has brought murder and violence to a community ill-prepared to defend itself.

Early on the morning of 18 July 2020 three black SUVs drove through Triunfo de la Cruz, going from house to house, searching for their targets.

This small community, like much of the world, was in lockdown.

Snider Centeno Tomas, 27, president of the community, was tortured outside his house and forced into one of the waiting vehicles.

He was taken along with Suami Mejia Garcia, Mizael Rochez Calix, Milton Martinez Alvarez and Rafael Juarez Mejia – a guest visiting the community. All were dragged out of their homes at gunpoint and driven away.

They have not been seen or heard from since and the community fears that they are, in all likelihood, dead.

There is gossip, there are theories, and there are unanswered questions – but nobody knows why the men were targeted.

The only concrete connection points towards a land grab – a dispute over territory brought on by drugs cartels who want to use the Garifuna’s shores to move drugs into America, or a dispute over a plantation that outsiders wanted for palm oil production.

Since the community leader and others were abducted, the burden of responsibility has fallen on Caesar Benedit.

Caesar is a quietly spoken man with a steely resolve. He is leading the community for now, and believes there is a much bigger issue at play – one that implicates the government.

“There is no doubt in our minds that the state is responsible for the kidnapping of our colleagues, and we haven’t got an answer about them to this day,” he told me.

Caesar believes the Garifuna are being targeted because they are challenging the state to honour a long-held land agreement.

“We attribute it to a land problem,” he said. “It is directly a land problem, because we have been working to recover our land, and the state does not want to enforce the ruling of the Inter-American Court of Human Rights.”

In the early 1800s, the Garifuna were given the legal rights to their land as compensation for their part in the struggle for Honduran independence.

In 2015, the Inter-American Court of Human Rights confirmed the Garifuna’s collective ownership of the land and found the Honduran state responsible for violating these rights.

“In Honduras there are always people, there are landowners, people who have connections with the government, who want to seize or are seizing land in our communities,” Caesar told me, motioning towards the palm-lined beaches.

“And really, most of all, they are looking for fertile farmland, for hydroelectric plants, for tourism and hotels in our communities without consulting us, and without taking us into account as a community.”

The authorities have accused the missing men of being involved with drugs cartels and say that their abduction was a deal gone wrong.

But Joanna Sacasa, a relative of one of the men, disputes this. She approached us wanting to speak – wanting people to know the men had not done anything wrong.

“They always defended the community – I never saw them getting involved in anything wrong,” she explained.

She, like Caesar, believes the Garifuna are being smeared to cover up the real issue – that of territory. “When I think about it, the land that our ancestors left us, there are people who covet it.”

The Honduran state denies it is involved and has promised to investigate the abductions.

One government insider we contacted who does not want to be named because he is not authorised to speak about this case publicly told us that although there is an investigation under way, there is no real desire to find out what happened.

“What I can tell you is that for the government this is not very important,” he said. “The only reason it is being investigated is because of social pressure and international pressure. I would go as far as saying if this crime was not reported by the international media, it would not be investigated, much like the hundreds of the disappearances that we have in this country.”

Despite the pressure on them, the Garifuna say they are determined to tough this out.

“I am very afraid, because we as Garifuna people were not used to this kind of life”, Caesar told me, growing more and more emotional as we spoke.

“Since they abducted our fellow activists, our chairman Snider and the others, we have seriously lost a lot of young people. They have grown afraid. Some families have left and the young… they don’t want to keep fighting anymore.”

Caesar, like many in this community, takes strength from outside support. Many families remain economically afloat thanks to Garifuna Americans living in the United States who send money to relatives here.

But, ultimately, they accept they’re on their own. “If we don’t keep fighting, we all lose. And that is one of the reasons I haven’t been able to leave the country, because I feel that if I quit… our struggle will fall apart.”

It may have been hundreds of years ago but being evicted once has left this community determined to make sure it doesn’t happen again.

Surviving off the land and the sea is just about possible, but a sustained attack on their natural resources, their environment and their people could see his vulnerable group shattered once more.