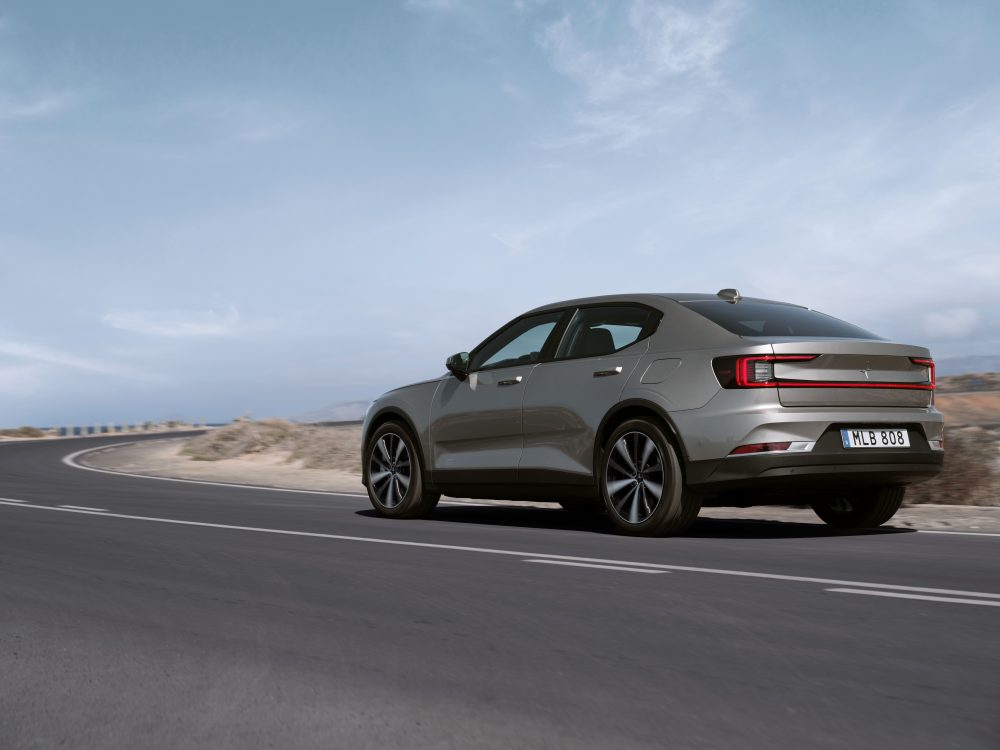 Polestar was Volvo’s performance brand, but it was rebranded and relaunched recently as an electric vehicle brand.

Last year, they have launched the Polestar 2, an all-electric fastback car, that has been well-received for its strong design and its Android Automotive OS-powered infotainment system.

But only the Launch Edition Polestar 2 has been available with dual motor and a range of 233 miles, according to the EPA estimate.

Now Polestar is announcingn new versions and new options for the Polestar 2:

There are some visual differences between the new variants, but they retain the original design of the electric vehicle:

“The Polestar 2 continues its progressive sustainability and design narrative across all variants. Exterior and interior design is largely indistinguishable between the three models, making each version of Polestar 2 just as attractive and enjoyable as the next. These minimum specs include 19-inch wheels, signature LED light designs front and rear, and drag-reducing frameless mirrors. Much like the WeaveTech vegan upholstery introduced in 2020, the new embossed textile upholstery is a vegan material and is available in two color executions, both matched to 3D-etched décor panels. Other notable standard features include an 8-speaker high performance stereo, front- and rear parking sensors, and a rear backup camera.”

Under the hood, so to speak, is where things change with a new motor configuration.

Polestar is introducing a single motor version of the vehicle, which will be cheaper and achieve a longer range of about 260 miles on a single charge:

It also includes a heat pump for better efficiency:

“The new heat pump reduces the need to rely on valuable battery charge in order to heat the interior of the Polestar 2, enabling further overall driving range. It captures ambient heat and residual thermal energy from the drivetrain in order to reduce the climate draw on the battery by as much as 50%. In colder climates this has a great impact on range, and at an exterior temperature of 40-60 degrees Fahrenheit the vehicle can gain as much as 10% more range. Polestar’s ongoing development of the system also means that future range improvements can be deployed via complimentary OTA updates.”

The new Plus Pack can also be applied to the new “non-launch edition” dual motor configuration.

Furthermore, two new packages are going to be available for the Polestar 2:

In Europe, Polestar is also planning to launch a version of the single motor Polestar with a smaller battery pack, but it doesn’t look like that model is coming to North America based on the US press release:

Prices in North America will be announced in the coming weeks.

In the US, the Polestar 2 currently starts at $60,000 and we can expect that to go down a bit with the single motor version and dual motor without the optional packages.

This article was originally published by Electrek.co. Read the original article here.

Gunman pleads guilty to murder and hate-motivated terror charges after supermarket shooting
Government running out of prison places and has to ask police for 400 cells
The protesters on streets across China know what will follow for them
‘Momentous and historic’: New Alzheimer’s drug slows memory decline
Man who died after staying at controversial migrant processing centre had diphtheria