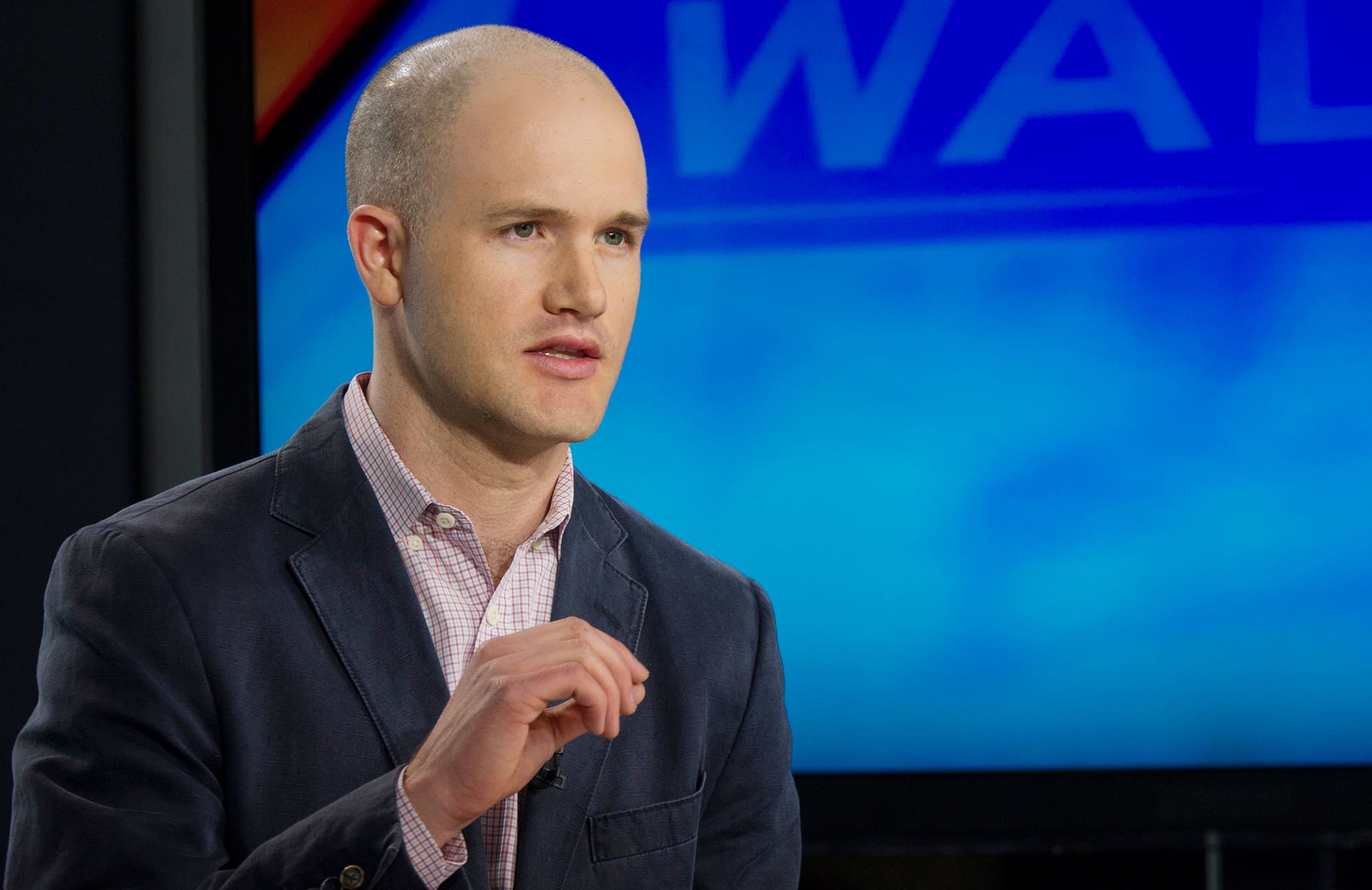 Coinbase is poised to command an astronomical valuation when the digital currency exchange goes public on Wednesday. But ask 10 market experts how the company should be valued and you’ll likely get 10 answers.

That’s because Coinbase’s current business — the one that produced a whopping $1.8 billion of estimated revenue in the first quarter and up to $800 million in net income — is built almost entirely on the performance of bitcoin and ethereum.

Those cryptocurrencies have skyrocketed more than 800% and 1,300% respectively in the past year. As a result, Coinbase, the most popular place for U.S. investors to purchase those assets, has grown nine-fold over that stretch.

Should Coinbase hit the public market around its latest private market valuation of $100 billion, taking into account a fully diluted share count, it would instantly be one of the 85 most valuable U.S. companies.

Here’s the key question for investors ahead of the Nasdaq debut: What happens when a crypto company with historically anomalous growth, massive uncertainty, and no official headquarters clashes with the rigors of Wall Street and familiar metrics like price-to-sales and price-to-earnings ratios?

“Valuing any start-up can be challenging, but I think the issue of valuation is far more complex with a company like Coinbase,” said Natalie Hwang, founding managing partner at investment firm Apeira Capital. She doesn’t have a current stake in the company.

Predicting crypto prices has proven to be a foolhardy game. Swings can be so rapid in either direction that Coinbase has 27 bullet points in its prospectus on the volatility risks. They include changes in investor confidence, negative publicity and social media coverage, regulatory issues and service interruptions related to the technology.

Because the underlying assets that make up Coinbase’s financial story are so unpredictable, fundamental analysis of earnings quality, customer retention and efficiency doesn’t get you very far. Coinbase evangelists don’t spend much time on it.

Rather, they’re looking down the road to a future in which financial intermediaries are diminished and transactions take place predominantly on the blockchain. Online marketplaces for e-commerce, travel and homebuying, they say, will use a variety of cryptocurrencies to connect buyers and sellers, with blockchain serving as the universal source of truth.

Coinbase calls it the “cryptoeconomy,” a word that shows up 163 times in its prospectus. It portends a software-powered world of payments, trading and all sorts of peer-to-peer transactions that take advantage of blockchain’s ability to give everything a unique identifier.

If Coinbase bulls are right, the company is at the center of a critical transformation of the internet. Some compare it to Netscape, which introduced the browser to consumers. Others look at how Amazon brought physical retail to the web or how Facebook became the way that people connect.

Matthew Le Merle, managing partner of investment firm Fifth Era and Blockchain Coinvestors, said that tying Coinbase’s value to bitcoin would be like valuing Amazon in its early days based on book sales, or placing a multiple on Airbnb five years ago by looking at its number of rental nights booked.

“You don’t think about bitcoin volatility, trading fees and revenue,” said Le Merle, whose firm specializes in crypto and has exposure to Coinbase through investments in some venture funds. “You have to start with — what’s the profit pool of the world’s digital monies and assets? In that context, this is trillions and trillions of dollars that’s going to be shifting hands.”

No matter what the future holds, Coinbase’s revenue at least through this year will largely be determined by transaction volume, which is currently tied closely to bitcoin prices. Coinbase makes a fee on trades that varies based on transaction size.

In its first-quarter earnings report last week, Coinbase said it had 6.1 million monthly transacting users (MTUs). Should crypto prices rise, MTUs for the year could reach 7 million, Coinbase’s most aggressive estimate. In the middle range, assuming a flat crypto market, MTUs would land at 5.5 million. The most conservative prediction, assuming prices drop, is 4 million MTUs.

Coinbase skeptics see a company that relies on fees in a market where a growing roster of rivals can get aggressive with pricing. For example, the popular app Robinhood doesn’t charge a fee for crypto purchases.

Stock research firm New Constructs wrote in a report last week that competition from companies like Kraken, Gemini and Binance will eat into Coinbase’s future fee revenue leading to a “race to the bottom,” similar to what happened in stock trading. The firm said that, according to its analysis, Coinbase should be valued at $18.9 billion, or 81% below its expected market cap.

Susquehanna, a research and trading firm, is much more optimistic on Coinbase, estimating a fair value market cap of $96 billion to $108 billion. That’s a price-to-sales multiple for Coinbase’s 2023 revenue of between 11 and 12, a premium to its peer group average of seven because of the company’s “high growth,” Susquehanna wrote last week.

Almost all of that growth for Coinbase comes from the high volume of bitcoin and ethereum trades. The company is going public during a crypto super bull market that seen bitcoin climb from under $30,000 at the end of 2020 past $60,000 today.

But in 2018 bitcoin lost 75% of its value, and there are no rules against that happening again. In the risk factors section of Coinbase’s prospectus, the first two items consider that very point.

The first says that financial results will fluctuate based on the crypto market. The second says revenue is “substantially dependent” on crypto prices and volumes and that “if such price or volume declines, our business, operating results, and financial condition would be adversely affected.”

But perhaps these evaluations are all msiguided.

Roger Lee, a partner at Battery Ventures, which invested in Coinbase in 2017 at a $1.6 billion valuation, calls bitcoin the “least interesting thing” about crypto right now. Thus, there’s no sales multiple that makes sense.

The right way to think about Coinbase, Lee says, is to imagine where the internet was in 1994 before Netscape effectively turned the lights on for the average consumer by providing a way to browse. Similarly, Coinbase brings the complex concept of crypto into the mainstream, allowing the masses to learn about and invest in it.

The more people start to read and hear about various project that are emerging within the cryptoeconomy, the less they’ll focus on the bitcoin chart, said Lee.

“For a lot of people day trading Coinbase, they’ll be fixated on the price of bitcoin,” Lee said in an interview. “For people who are long-term investors and see everything going on not just with bitcoin but with the 40, 50, 60, 100 tokens over time that enable all these other use cases, they’ll realize that Coinbase is an index for the other things being built.”

As an example, Lee pointed to Rally Network, a service that allows creators and artists to launch their own coins on the ethereum blockchain without knowing how to code. Creators can reward fans with tokens, which can then be used to buy goods like merchandise or concert tickets. Unlike most sites for artists, there’s no fee for the host.

“This is diametrically opposed to a traditional platform that needs to ‘tax’ or ‘charge’ the creators to generate revenue,” said Lee, whose firm is an investor in Rally, in a follow-up email.

Rally has its own network token that investors can buy and sell as they would bitcoin, though on Coinbase it’s only available on the custodian service for institutional buyers.

In addition to the many altcoins on the market, there’s the recent explosion of non-fungible tokens (NFTs), or digital assets that live on the blockchain. Athletes have been selling video clips of highlights for up to hundreds of thousands of dollars each, while pieces of art have sold in the millions of dollars.

In February, Justin Blau, the DJ and musician who goes by 3LAU, auctioned off a series of songs, art and videos as NFTs and reeled in close to $12 million in the process. For the NFT technology, he partnered with Origin Protocol, which powers crypto marketplaces and e-commerce sites.

The Origin token can be purchased on Coinbase and is currently trading at $2.39. That’s up more than 20-fold in 2021, even after dropping more than 20% in the last week.

Origin co-founder Josh Fraser is in the camp of crypto true believers, expecting rapid market adoption across finance and commerce. He points out that PayPal has a market cap above $300 billion, with a growth rate that hovers around 20%.

“There is no reason to say Coinbase should not be valued more than a PayPal at almost $300B especially with the multiplier awarded to disruptive technology stocks,” Fraser wrote in an email from Taiwan. “The addressable market for money itself is gigantic and Coinbase would be one of the best ‘picks and shovels’ plays for this.”

This article was originally published by Cnbc.com. Read the original article here.