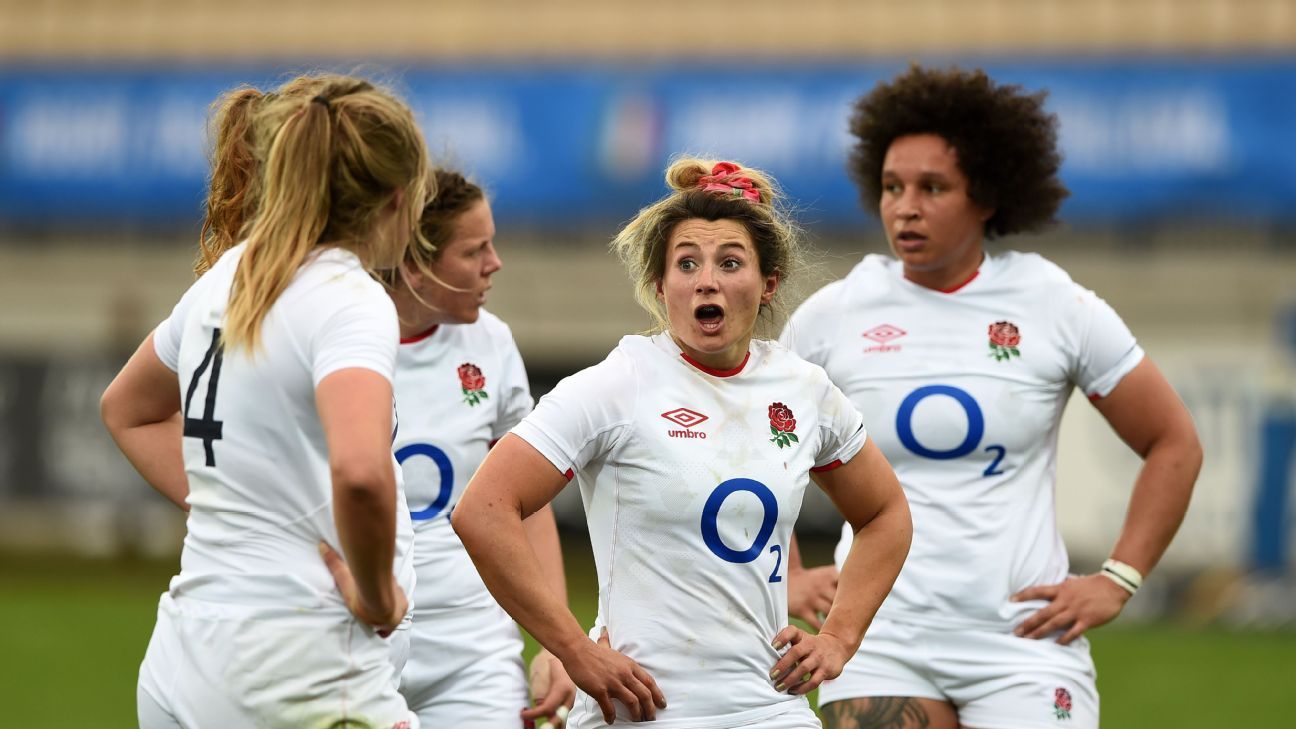 Centre Emily Scarratt scored 24 points as champions England sealed a place in the final of the Women’s Six Nations with a nine-try 67-3 bonus-point victory over Italy at the Stadio Lanfranchi in Parma on Saturday.

The massive win was a second in succession for the visitors and ensures they will finish top of Pool A as the postponed tournament is played in a condensed format with two groups of three teams, the winners of each meeting in the final.

England were under heavy home pressure in the opening period but led 17-3 at the break, before the floodgates opened after halftime and they romped to victory.

Italy dominated the opening 20 minutes in terms of possession, forcing their visitors into some brave defence but without being able to make that supremacy felt on the scoreboard.

England took the lead when centre Michela Sillari’s offload on the halfway line did not go to hand and her opposite number Scarratt was able to scoop up the loose ball and race clear for a try under the posts.

The second score came in similar fashion, Italy again coughed up the possession near the halfway line and this time it was Scarratt’s centre partner Meg Jones who collected the loose ball and raced towards the Italy tryline.

She was stopped short but provided an offload to flank Vicky Fleetwood to finish off the move.

Italy’s spirit was broken as their hard work was not rewarded, and after that it was all England.