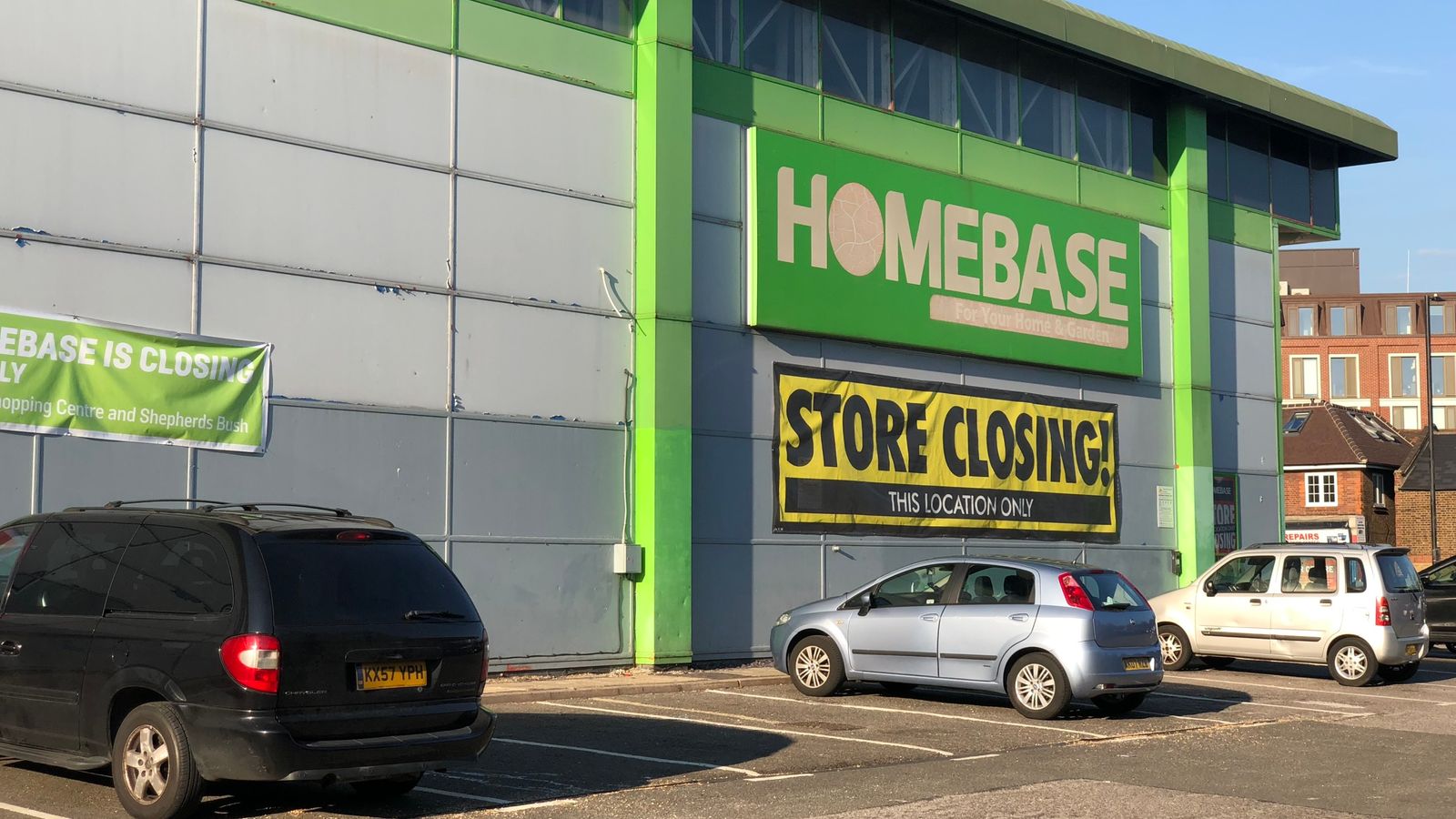 One of Britain’s wealthiest businessmen is assembling a £300m takeover bid for Homebase, the DIY chain which has been revived from the brink of collapse just three years ago.

Sky News has learnt that Hugh Osmond, who is spearheading a legal challenge to the government’s coronavirus restrictions on the hospitality sector, is among a number of parties vying to buy the retailer.

City sources said this weekend that the entrepreneur’s investment vehicle, Osmond Capital, had emerged as a serious bidder for Homebase, which is owned by Hilco Capital.

Mr Osmond is not thought to be in exclusive talks to buy the chain, although the identity of other bidders was unclear this weekend.

Hilco is also said to have weighed a stock market flotation of the business.

A £300m sale would represent a remarkable result for Hilco, which bought Homebase for a nominal sum in 2018 after a disastrous spell under the ownership of Wesfarmers, an Australian group.

Hilco, which has also owned retailers including HMV in recent years, hired Lazard, the investment bank, to sell Homebase last November as it sought to capitalise on a boom in sales to lockdown-affected Britons.

The home furnishings retailer entered a company voluntary arrangement (CVA) soon after Hilco acquired it, resulting in scores of store closures and more than 1500 job losses.

Since then, it has been restored to profitability and has been one of the big retail winners from the COVID-19 crisis.

One retail analyst said that Hilco and Homebase’s management, led by chief executive Damien McLoughlin, had done an effective job turning the business around but that there remained a question mark over whether the coronavirus sales bounce was sustainable after the pandemic.

One source said the exit was nevertheless likely to represent Hilco’s “best-ever deal”.

Mr Osmond became a prominent figure in British business after taking control of PizzaExpress in 1993 with Luke Johnson, another businessman who went on to transform the fortunes of a series of high street dining chains.

The duo, who paid about £20m for the business, took PizzaExpress public, turning it into a stock market darling, with Mr Osmond stepping down from the board after it hit a £500m market capitalisation.

Among Mr Osmond’s other major deals was the establishment of Punch Taverns, which he created in 1997 by acquiring Bass’s estate of leased pubs and combining it with the £2.75bn takeover of Allied Domecq’s pubs business.

He also made a significant impact on the UK insurance market, using a listed shell to snap up Pearl and Resolution and create what became Phoenix Group, Europe’s biggest consolidator of life policies.

If he does proceed with a takeover of Homebase, it would be implemented through Osmond Capital, the same corporate vehicle which holds his stake in the quoted restaurant business Various Eateries.

Mr Osmond, whose wealth was calculated at more than £230m by last year’s Sunday Times Rich List, is also a partner at Sun Capital Partners, which counts the housebuilder Keepmoat among its investments.

Homebase is regarded as too small to be a target for Broadstone Acquisition Corp, the special purpose acquisition company that Mr Osmond listed in New York last year.

Wesfarmers’ stint as its owner, during which it attempted to rebrand the chain under the Bunnings name, represented one of the most disastrous UK forays by an overseas retailer.

Mr Osmond declined to comment on Saturday, while Hilco and Lazard could not be reached for comment.

A Homebase spokeswoman said: “As we announced at the end of last year, we’re looking at a number of options to further accelerate our growth plans, and this process is still ongoing.”

Big technology stocks like Tesla, Amazon and Microsoft just finished their worst quarter in years
US basketball star ‘keeping the faith’ as she appears in Russian court on drugs charges
Dhruva Space Tests Satellite Orbital Deployer Onboard ISRO’s PSLV, Ahead of Planned Indigenous Satellite Launch
China continues to snap up Russian coal at steep discounts
Our Solar System Likely to Remain Stable for the Next 1,00,000 Years, Study Says