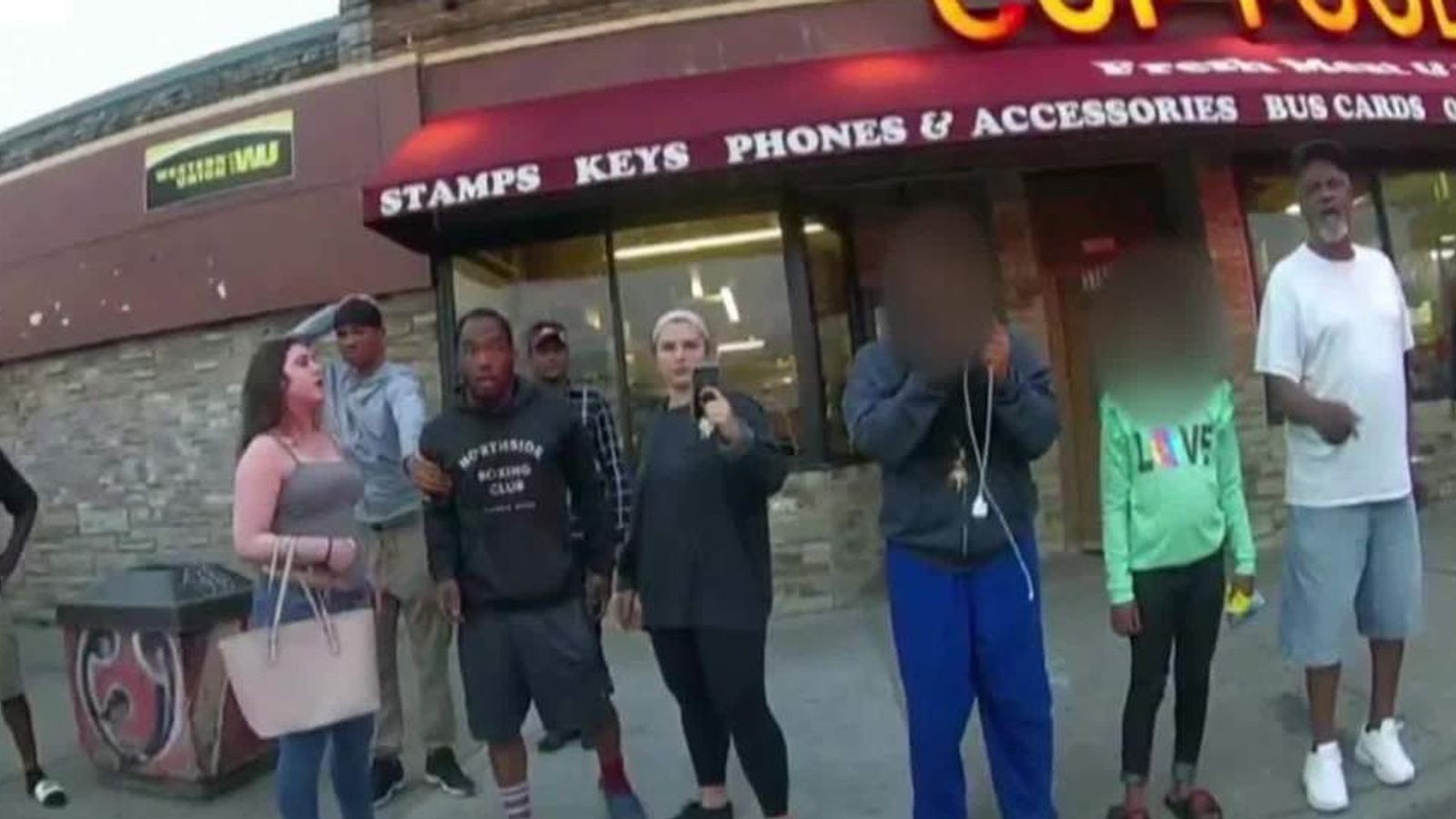 An expert witness has said the sheer volume of videos taken by bystanders of George Floyd’s arrest helped her establish the view that oxygen deprivation – and not opioid overdose – is what killed him.

Officer Derek Chauvin is charged with the second and third-degree murder and manslaughter of Mr Floyd, following his death on 25 May last year.

Mr Floyd, 46, had been arrested after being accused of trying to use a counterfeit $20 bill to buy cigarettes in a neighbourhood shop in Minneapolis.

The defence maintains drug use killed Mr Floyd and not Chauvin, 45, kneeling on his neck – restricting oxygen – for almost nine-and-a-half minutes, which is the prosecution’s case.

Bystander video of Mr Floyd crying that he couldn’t breathe as onlookers yelled at the white officer to get off him sparked protests across the US and around the world.

Now those videos may be what helps sway the case, based on the testimony of Dr Lindsey Thomas.

The forensic pathologist told the jury she had never been involved in a case that had videos “over such a long time frame and from so many different perspectives”.

She said the footage showed “there is no evidence to suggest he (Mr Floyd) would have died that night except for the interactions with law enforcement”.

The court heard Dr Thomas had performed more than 5,000 autopsies over her career.

While physically examining a body can be helpful in determining a cause of death, she explained to the jury that other records and inquiries could sometimes be even more illuminating.

“What was unique in this case was the volume of materials I had to review,” she told the jury, referring to videos recorded on bystanders’ mobile phones and police body-worn cameras.

“I never had a case like this that had such thorough documentation of the terminal events.”

She said the videos made clear that Mr Floyd died because his body was deprived of oxygen by the way Chauvin and other officers pinned him to the ground as they arrested him.

“There was nothing sudden about his death,” she told the jury, also challenging a defence argument that Mr Floyd’s underlying health problems may have led to a heart attack.

“Likewise, it was not the type of death that has been reported in fentanyl overdose, for example, where someone becomes very sleepy and then just sort of gradually, calmly, peacefully stops breathing.”

Jurors were handed envelopes containing photographs of Mr Floyd’s body, and Dr Thomas drew their attention to abrasions on the left side of his face and his shoulder.

The wounds were “consistent with what it looks like on the video, that he’s struggling to push himself into a position
where he can breathe”, she said.

Dr Thomas was the fourth medical expert called by the Minnesota attorney general’s office as prosecutors seek to dismantle Chauvin’s central defence, that the fentanyl found in Mr Floyd’s blood at death killed him.

World-renowned breathing expert Dr Martin Tobin told the hearing on Thursday afternoon that “lack of oxygen” was to blame for the death, having watched footage “hundreds of times”.

Dr Bill Smock, an emergency doctor who works in forensic medicine, agreed. He told the jury that Mr Floyd “had no oxygen left in his body”.

Dr Andrew Baker said he did not watch the harrowing video of the arrest before examining Mr Floyd, so that he would not be biased by what he saw.

“I was aware that at least one video had gone viral on the internet, but I intentionally chose not to look at that until I had examined Mr Floyd,” said Dr Baker.

He added: “I did not want to bias my exam by going in with any preconceived notions that might lead me down one pathway or another.”

For the first time, a seat designated for Chauvin’s family was occupied on Friday, by a woman who was unidentified.

Chauvin’s marriage ended in divorce in the months after Mr Floyd’s death, with the officer having been sacked by the police department.

George Floyd Killing: The Trial – Follow live continuous coverage of court proceedings in the trial of Derek Chauvin on our website, app, YouTube and Sky Pop Up Channel on 524