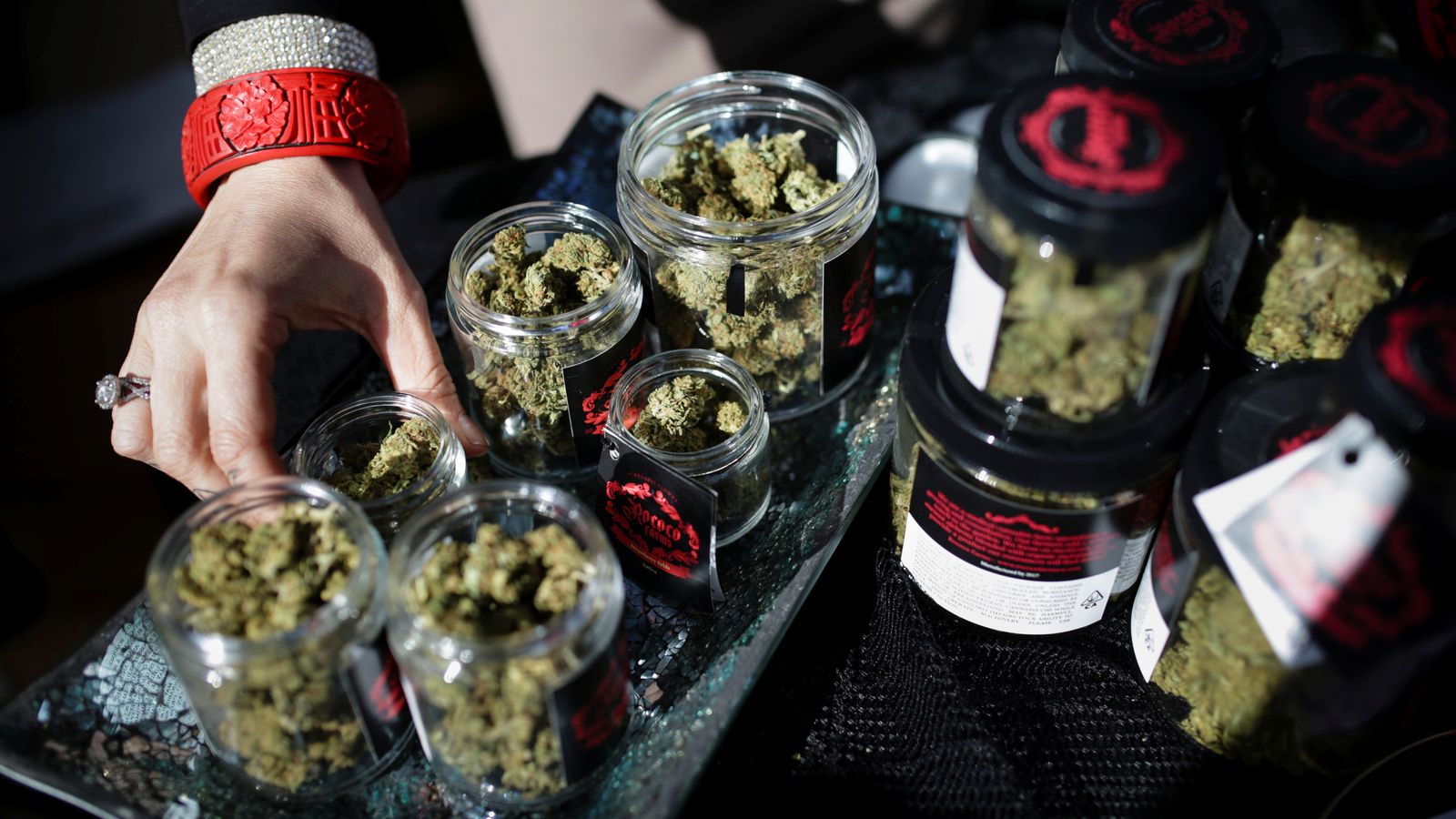 New York lawmakers have reached an agreement to legalise recreational cannabis use in the state.

The proposed law would allow sales to people over 21 and establish a licensing process for deliveries to customers.

New Yorkers could grow as many as three mature and three immature plants for personal use.

Penalties for having less than three ounces of the drug outside the home would be scrapped and the records of people with previous low-level convictions cleared.

Democrats have a veto-proof majority in New York state and have made legalising cannabis a priority this year.

If the bill passes as expected – possibly as soon as next week – it could come into force in 2022.

Fourteen other states already allow sales of cannabis for recreational use, rather than just medicinal, but New York has so far failed to pass a similar law.

Supporters say tens of thousands of jobs would also be created and that it would address a drugs war that disproportionately targets minority and poor communities.

The Senate sponsor of the bill, Liz Krueger, said: “My goal in carrying this legislation has always been to end the racially disparate enforcement of marijuana prohibition that has taken such a toll on communities of colour across our state, and to use the economic windfall of legalisation to help heal and repair those same communities.”

Grants and loans would be provided to encourage people from minority communities to get involved in the newly legalised industry.

Previous efforts to legalise cannabis in New York have failed due to factors such as how to distribute the sales tax revenue and concerns over people driving while high.

Others have expressed worries that it would send mixed messages to young people.

An education and prevention programme targeting school-age children is planned to try to allay some of these concerns.