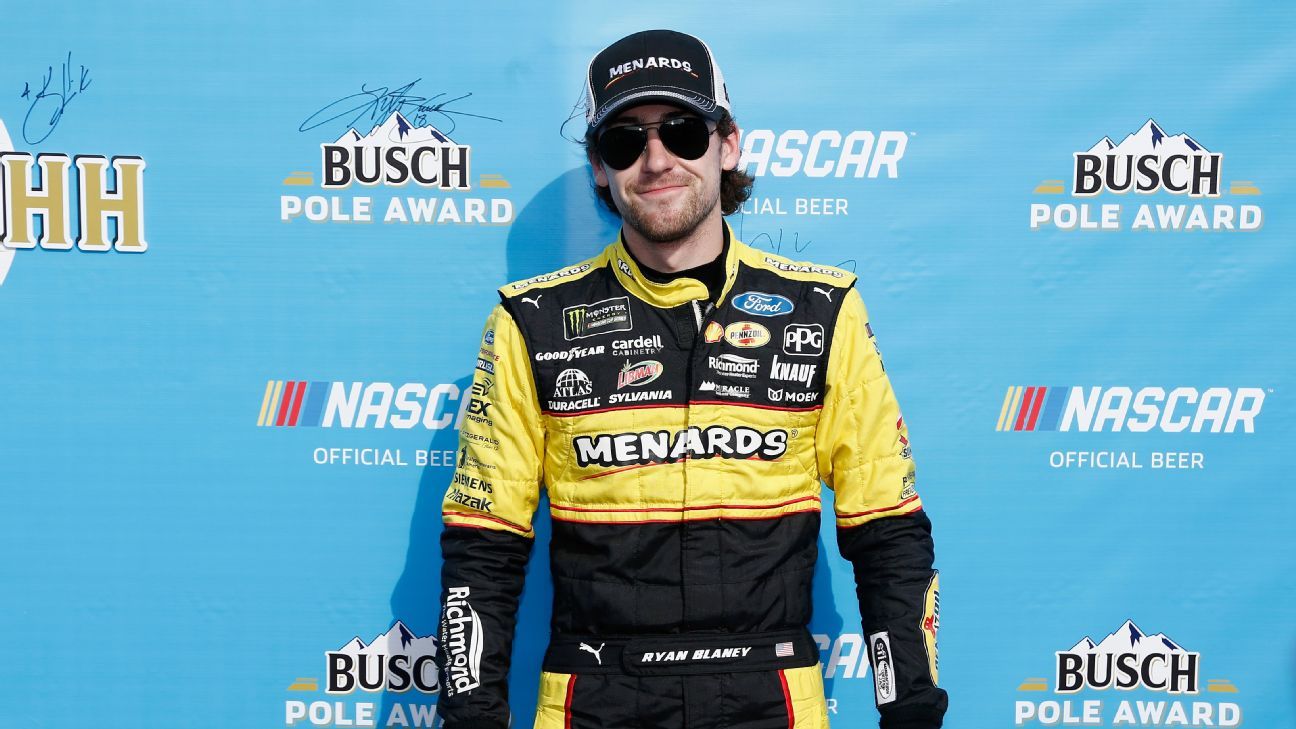 But Larson’s tires didn’t stand up to the punishing track after making his final pit stop with 56 laps to go. Blaney stayed close enough to make his move, hugging the outside wall through the fourth turn and cutting to the inside to pass Larson as they crossed the line in front of the main grandstands.

“Gosh, we had a great long-run car all day,” said Blaney, who had to go just as long as Larson on the final set of tires but got much more out of them. “It looked like Kyle was getting loose. It worked out in our favor that there were some long runs at the end.”

When it was over, Blaney strolled over to the stands and grabbed the checkered flag, which he handed to a young fan wearing the driver’s T-shirt.

It was a bitter loss for Larson, who missed a chance to become 2021’s first two-time winner after a victory at Las Vegas two weeks ago.

“He was a lot better than me late in the run,” Larson said. “I hate to lead a lot of laps and lose. The car was stupid fast for a long time there. I don’t know if we got that much worse or he just got way better.”

The Cup series returned to the track where the racing world came to a halt a year ago.

In March 2020, Atlanta was the first NASCAR Cup race to be postponed because of the coronavirus pandemic. The series shuttered for more than two months before resuming with major changes to the schedule, including the Atlanta race being held in early June.

This year’s sixth race of the Cup season welcomed a socially distanced crowd of about 20,000 — far below capacity because of the lingering COVID-19 outbreak, but a welcome change from the previous year when no fans were allowed for the makeup race in Atlanta.

The Cup racers will return to the 1.54-mile trioval July 11, the first time since 2010 that Atlanta has hosted two races in a season.

Shapps launches review into ‘exploitative’ late payments for small companies from larger firms
Boris Johnson will fight for his seat at next general election
Hear what the Walmart shooter told this survivor
Meet the rising stars shortlisted for Brit Award previously won by Adele, Sam Smith and Celeste
Ukraine War: Why is the Wagner group fighting for Bakhmut?