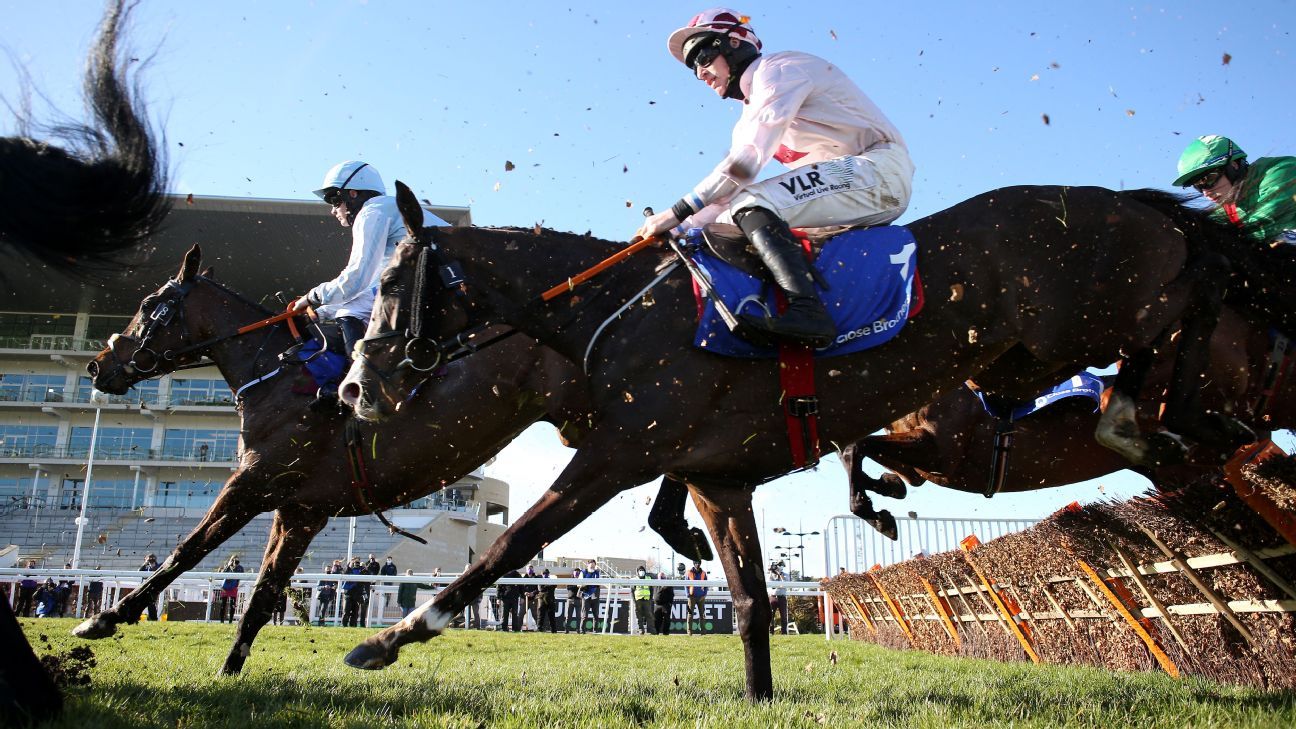 CHELTENHAM, England — A horse from the yard of banned trainer Gordon Elliott won a race on the opening day of the Cheltenham Festival as the prestigious meeting began Tuesday without racegoers during the pandemic.

Elliott was banned for 12 months — with the last six months suspended — after an image of him sitting on a dead horse was shared on social media, leading to Denise Foster taking over the license of the Irishman’s horses at Cullentra House Stables.

One of them, 11-1 shot Black Tears, won the Mares’ Hurdle to give Foster her first-ever victory at the festival.

There was also a shock win for 80-1 outsider Jeff Kidder in the Juvenile Handicap Hurdle.

The Cheltenham Festival took place with tens of thousands of spectators last year in the same week as the coronavirus pandemic was declared. Fears were raised that the mass gathering of people for the annual event in southwest England helped to spread the virus more widely around Britain as no government-enforced social-distancing measures were in place at the time.